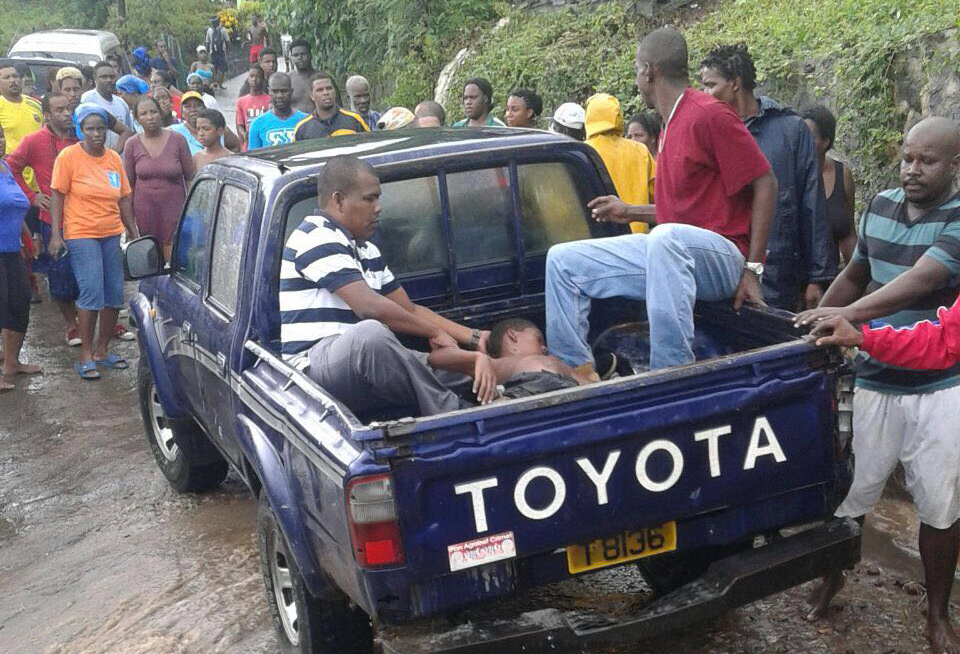 A boy died in Bequia when he was washed away by floodwaters.

A boy died on the northern Grenadine island of Bequia Wednesday after being swept away by floodwaters, reportedly while trying to clear a drain in Paget Farm in the south of the island.

A senior police officer confirmed the death to iWitness New shortly before noon.

The confirmation to iWitness News came even as police officers, including the Coast Guard, and civilians were trying to locate one of two boys who were swept away by a river in Campden Park, St. Vincent.

Police have confirmed that a gutter, which empties into a small stream, washed away 10-year-old Jafon May and his 6-year-old brother, Jayquan.

The 10-year-old was swept out to sea after being taken almost about a half mile downstream and was able to make his way back to the shore.

He was rushed to hospital and is said to have sustained a broken right foot and an injury to the head.

The boys’ mother, who fainted on the beach, was also rushed to hospital.

iWitness News understands that the boys were swept away when the gutter near their home, in the area of the PetroCaribe filling station, overflowed.

“He told me while he and his brother were there at the side of the river, he [saw] his brother gone (being swept away) so he throw over to try and help his brother. And he told me that his brother died,” Diamond told iWitness News.

Diamond said he met Jafon coming onto the seashore.

“I put him on my back and carried him to meet his grandparents,” Diamond told iWitness News.

The boy’s grandfather lives in Roucher Bay, close to where he was found.

A surface trough system dumped some 5 inches of rain on St. Vincent and the Grenadines between 11 p.m. Tuesday and dawn Wednesday, resulting in floods and landslides across the country even as rained continued into the early afternoon.

Non-essential public servants were told to stay at home, while many privately-owned businesses remained closed for the day.

The Meteorological Office said the trough system will continue to affect the country.