US Elections: Vincies, mind your business 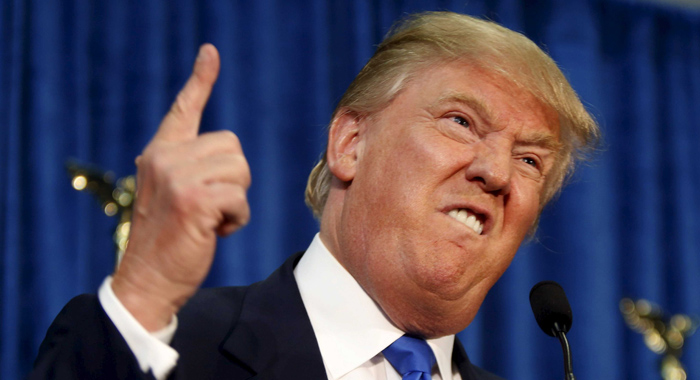 I am truly tired of the hypocrisy and there is so much hypocrisy going on right now.

I will not talk about other Caribbean territories, but I will talk about mine.

Conclusions? America is sexist and we are what…?

During the debates, so much fun was made of Donald Trump: the fact that he answered no questions; the things he said; the way he spoke. Let me remind you that in your country, you don’t have debates and you don’t require one either. You laugh at a man who won’t answer questions but in your country, you can’t even ask questions! You can’t have an opinion or take a stance on an issue and keep your livelihood. Apparently, having a debate and having a serious discussion on the issues is American culture and you accept that. You live in a country where your election campaign period is more of a carnival than it is about anything else. We bring in dancehall artistes, we drink alcohol, have a fete and then go to vote. Instead of having national debates on serious issues, we distribute chicken back, galvanizes sheets, lumber and a sack of cement (the country’s resources going to a select group of people). And you have the audacity to go on social media and run your mouth about America this and America that and Americans stupid. Get off Facebook! PLEASE! You live in a chicken back country!

When the ULP won, Christians said, “God put Ralph there.” Now Trump won, we can’t say God put Trump there. Now we saying, “God is still in control”. In control of what? Some of us saying God is about to come. Come for what? If God did not come after the Dec. 9, 2015 elections, He will not come after Nov. 8? What is God going to do? Come and save you from Donald Trump? He ain’t coming nowhere. Sit your tail down. Trump will have his term in office; he won the election after a democratic process. The same God who put Ralph there is the same God who put Trump there. So what He coming now for? Prophecy ain’t fulfilling in your country? I wasn’t aware.

I can go on and on. This election demonstrates more than anything else that we care more about America than we care about our own countries and our own people. We have so many people in our local parliaments that really ought not to be there but we coming on Facebook and pretending to be so concerned about Trump in the White House. If you can sleep when night come with the parliament you have, don’t let Trump and the decisions he will make keep you up at night. Go to your bed!

Time and time again we demonstrate that we have higher ideals for the United States and our expectations are greater of people who don’t even represent us. In your country, you promote and defend all kinds of nastiness, keep silent on serious issues, actively support it and then want to play most vocal and you ain’t even American. Check your birth certificate, check the lack of accountability in your country and fix your mix before you peep in your neighbour bowl.

Trump is President #outrage. He may not be the best but the prevailing political philosophy in your country is not about using the best people. When you fix your nepotism problem, your racism problem and your classism problem we can begin having a discussion about what really happened on Nov. 8.

I hope when our prime minister demits office and we are reviewing his legacy, no mention will be made of the fact that he is one of the longest serving prime ministers. It is not a reason for praise. There is a difference between being a good “election winner” and a good “leader”. Being a good election winner says more about the people casting the vote while being a good leader is more about the character of the people in office. Some of us believe that the two are one and the same. They are not and I think this crucial point, a point that we have missed will soon come home quite forcibly to us.

6 replies on “US Elections: Vincies, mind your business”