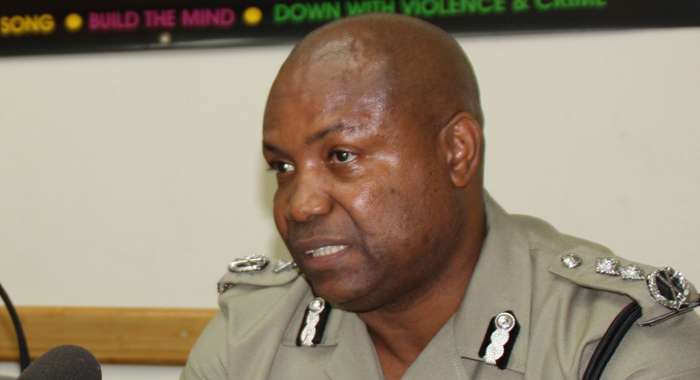 Police have attempted to reassure residents of St. Vincent and the Grenadines about their safety after four persons were murdered in about three hours Sunday night.

Investigators believe that a single suspect, 18-year-old Jorani Baptiste of Sandy Bay, who is said to have a history of mental health problems, may have committed all four murders.

“St. Vincent is still a very safe place and based on the information/intelligence that we have, there is no need to be unduly worried or unduly cautious about your safety,” acting Deputy Commissioner of Police, Colin John told the media on Monday.

“I always advocate, I always say your safety is your concern. So, you should be alert as to your surrounding and make sure that you do not fall a victim to any crime. But, generally speaking, this is an isolated incident. I cannot give a hundred per cent guarantee, but it is very unlikely that an incident like that would occur anytime soon, based on our intelligence and information that we have,” John told reported.

He said that the police are continuing their patrols, adding, “but you would appreciate that we cannot be everywhere at every time.

“The killings, they seem to have been linked and the person who is alleged to have committed the offence, … he was caught on the scene, based on the information we got.”

Police are operating on the theory that Baptiste killed 30-year-old Nicolas Layne of Edinboro, at the roadside in Campden Park about 11 p.m. Sunday, then killed 75-year-old Avis Israel, and her son, 47-year-old Ronald Israel in their Old Montrose, before killing Pamela Williams, 50, at her home in Kingtown Park around 1:30 a.m. Monday, where he was captured by civilians.

Between the first murder and the last, the suspect is believed to have attacked three women in a house in Old Montrose, but they were able to ward him off.

“I can also update you that in the Daseant Cottage area, an attack was also made in another home, where three ladies were able to war him off. Based on the information, the person seems to have fit the description of the person,” John said.

But the murders in Old Montrose were committed within hundreds of yard of the Official Residence of the Prime Minister, and two police outposts, namely the Old Montrose Police Station and the Police Band Room.

Prime Minister Ralph Gonsalves and his wife, Eloise Gonsalves, were out of state at the time of the killing.

Asked about the crimes taking place so close to the police station, John said:

“We do not know what noise was generated from the incident close to the police station. We do not know how the neighbourhood is — if that would be a regular occurrence in terms of noise in that area. I would not say that the police was not vigilant or that they should have been more vigilant.”

John said police received the first report of murder a little after 11 p.m. Sunday and went to the scene in Campden Park.

“So the police would definitely be searching in that area. So, to answer your question directly about being scared: you should be concerned. One murder is cause for concern, but I would not say that persons should be scared.”

Police say the four killings have brought the murder count in St. Vincent and the Grenadines this year to 31.

One reply on “Police attempt to reassure St. Vincent after latest murders”