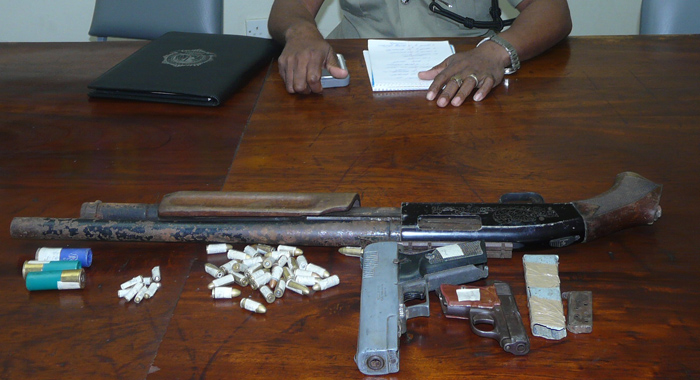 The Royal St. Vincent and the Grenadines Police Force’s operation “Taking Illicit Firearms Off the Streets” on Wednesday netted three firearms as well as ammunitions.

The operation was carried out by members of the Georgetown Police Station, who arrested Andy Craigg of Georgetown and Wynard Mapp, whose addresses are given as Calder and Georgetown.

The police continue to investigate the matter.

Members of the public with information regarding these firearms and ammunition can contact the Criminal Investigations Department at 457-1211 or 456-2906 or 456-1810 or the Georgetown Police Station at 458-6229.