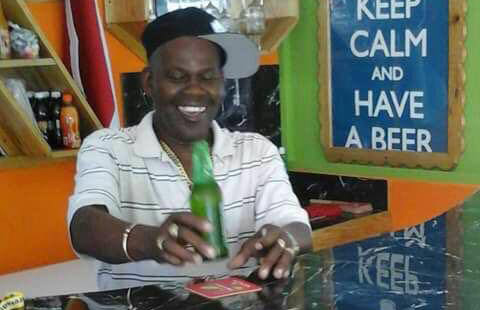 A Buccament Bay shopkeeper became the 6th homicide victim in St. Vincent and the Grenadines this week, when he was gunned down outside his business place in what police believe was a robbery.

Edgar Reid, popularly known as “Papa Reid”, was shot twice in the head, one month before his 60th birthday, persons who saw his body told iWitness News.

Assistant Superintendent of Police, detective Clauston Francis, who is second in command of the Criminal Investigations Department, told reporters at the scene that when police responded to the report of a shooting in the area, they met Reid lying on the ground with what appeared to be gunshot wounds to his head.

“Based on information received, it seems like an attempted robbery that went bad,” Francis said of the killing that occurred around  8 p.m.

“They were dressed in a particular way that made it a little bit difficult to identify who they were.”

The senior detective said it appears that Reid, who lived alone in a house near to the shop, had locked up his business place for the night.

Residents of the area say that the men appeared to be removing something from Reid’s body after killing him.

The assailants are then said to have robbed two other men, slapping one of them before leaving the area via the concrete strip that leads from the Buccament Bay Secondary School to the playing field.

iWitness News understands that the assailants walked leisurely along the concrete strip, where they met three men sitting on a bench near another shop.

They are said to have commanded one of the men not to run, but he ran away anyway and escaped unhurt.

iWitness News understands that the assailants robbed the two other men, and slapped one of them before leaving the area.

One of the men who was robbed declined to comment, saying he was not interested “in going through this thing.

“This thing done happen. Leave it so,” he told reporters.

Meanwhile, Yvonne Reid, a cousin of the murder victim who lives in another house in the same compound, described the deceased man as a “quiet and kind person” who didn’t interfere with others.

She said she was surprised by his murder, adding that she has never known him to have been robbed or his business burglarised.

She said the business was “really important” to the Central Leeward community.

“Even [if] the shop [was] close and you come and call him, he is going to come out and ‘tend to you,” she said of the business that sold a wide range of items, including foodstuff, brooms, mops, and clothespins.

Reid’s death comes less than 24 hours after unknown assailants gunned down Sean Dopwell of Paul’s Avenue outside the Victoria Park in Kingstown, after a football match Tuesday night.

He was nabbed at Williams’ home Sunday night and is in police custody.