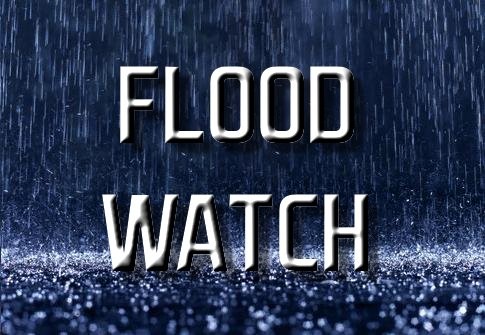 A flood watch was issued for St. Vincent and the Grenadines (SVG) Sunday evening and will remain in place into Monday.

The watch was issued as a trough system moving eastward over the Caribbean Sea is expected to interact with the Inter Tropical Convergence Zone (ITCZ), during Sunday night and into Monday.

Forecasters say this interaction is expected to result in cloudy to overcast skies, occasional pockets of moderate to heavy showers, periods of rain and thunderstorms across St. Vincent and the Grenadines.

ITCZ is a belt of low pressure that circles the Earth generally near the equator where the trade winds of the Northern and Southern Hemispheres come together.

It is characterised by convective activity which generates often vigorous thunderstorms over large areas. It is most active over continental landmasses by day and relatively less active over the oceans.

Models are also forecasting possible rainfall accumulations of 100 to 150 millimetres (4 to 6 inches)} over St. Vincent over the next 36 to 48 hours.

A flood watch is issued when conditions are favourable for flooding.

It does not mean that flooding will occur but that it is possible.

This watch will be updated as necessary.

The St. Vincent and the Grenadines Meteorological Office will continue to monitor the situation.