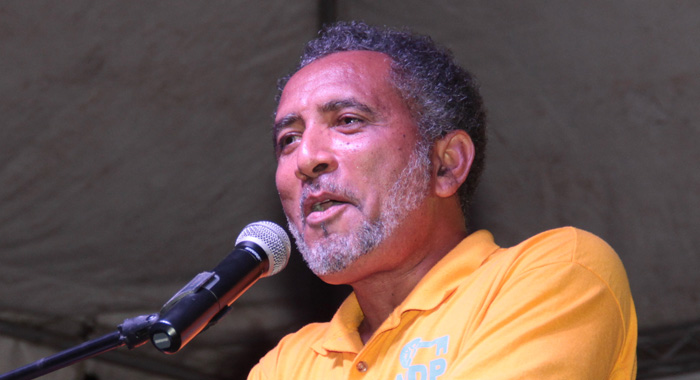 Recently-elected Leader of the Opposition, Godwin Friday, has described 2016 for St. Vincent and the Grenadines as a “wasted year of growing unemployment, deepening corruption and a loss of hope among many of our people.

“But, we must persist,” he told listeners to his New Democratic Party’s (NDP) weekly radio programme on Friday.

“We must remain a people of hope. We must continue to have faith and we must persevere. And we believe that Christ, whom we celebrate at Christmas, at this season, will lead us to a brighter and better future. We just have to have faith and work in accordance with his plan.”

He said that as the nation celebrates the yuletide season, he is urging remembrance of those directly affected by the recent extreme weather over the past several weeks.

“Those who are hurting I wish to assure them that we, in the New Democratic family, are with you. We share with you this period of pain, loss and anxiety and will remain in solidarity with you, but, more than that, we will work to assist you,” said Friday who toured the affected areas after the last trough system two weeks ago.

Friday noted that the NDP has had a radiothon that has raised some money on behalf of those affected.

“We call on the government, however, to act more decisively and with more urgency in this matter to ensure that the displaced and those who are otherwise affected get the urgent and meaningful relief that they need and that this is done only on the basis of need and not by other extraneous considerations.”

He said the NDP has begun to play its part and has embarked on an extensive set of activities.

Friday and other members of the party have visited affected areas and have offered assurances, guidance and comfort for the people in whatever way they can

“But I call again on the government to step in and play its part in a much more meaningful way.”

One reply on “2016 a ‘wasted year of growing unemployment, deepening corruption’  ”