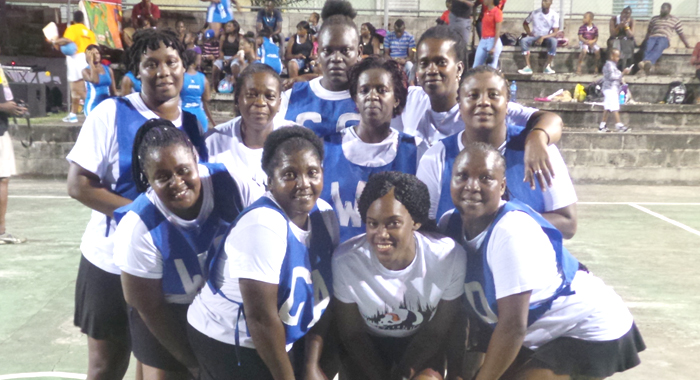 Yanja Young Strugglers defeated Owia Trailblazers 39/30 to take the knockout title in the Vita Malt Sion Hill Netball competition on Sunday at the Sion Hill Hardcourt to be crowned double champions after taking the league title earlier in the season.

The victory, though, was not that clear cut as the early quarters saw the teams evenly matched.

The opening quarter saw Yanja Young Strugglers holding a slender 1 point lead at 9/8 as both teams, under the pressure on playing in the finals in front of predominantly a Sion Hill crowd, made several turnovers as well as failing to convert their shots.

The winners then opened up a significant lead by the end of the second quarter to lead 22/16-outscoring their opponents 13/9 in that period.

The champions consolidated their position in the third quarter to go into the break with a 31/22 scoreboard advantage.

The third advantage served them well as both teams were able to add 8 goals to their third quarter score to see the match end in a 39/30 decision for Yanja Young Strugglers, with goal-shoot Roseclare Hall scoring 37 from 43 attempts and goal-attack Michelle Sam 2/7. Goalshoot Zonelle James scored 11 of her 20 attempts and goal-attack Jessica Lavia 19/30 for Owia Trailblazers.

Hall ended as the tournament’s top goalshoot with a record of 131 goals from 154 attempts.

Star Girls 1 were adjudged the best-dressed team while Everready Future Stars collected the prize for the Best Banner.

Eleven teams contested the tournament, which was sponsored by the St. Vincent Brewery Ltd. and the Sion Hill Sports Club in two divisions.