Jail for man who wanted to ‘rock back and smoke’ weed 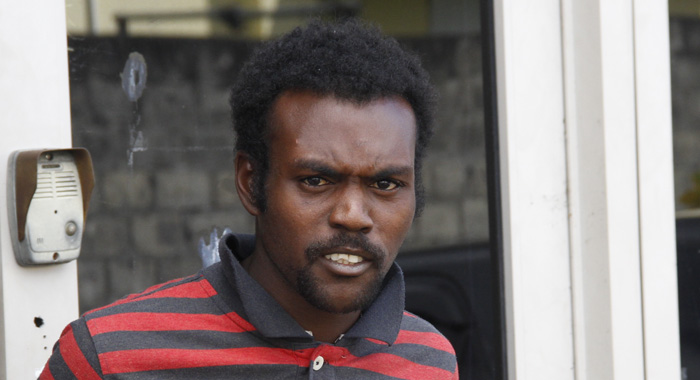 Bernard Nickie will not “rock back” with any weed in Bequia for the next two months. (iWN photo)

A man who was taking marijuana to Bequia so he can ‘rock back and smoke’ while looking for a job, will spend the next two months in jail.

Bernard Nickie of Petit Bordel on Tuesday pleaded guilty to a charge of possession of 572 grammes (20 ounces) of cannabis with intention to supply to another at the Grenadine Wharf in Kingstown on Friday, Dec. 30, 2016.

The court heard that police on duty at the Grenadine Wharf last Friday saw Nickie enter at Gate 5 and went to the terminal building.

The police officer waited until Nickie exited the building and requested a search of his possessions.

Nickie consented to the search and handed to the police officer a yellow knapsack, which contained a partially opened box of cornflakes.

A transparent Ziploc bag containing a plant-like substance resembling cannabis was found inside the Ziploc bag.

Nickie was cautioned and replied, “Officer, is weed. Oh God, is Bequia ah going to meet me mother fuh see if ah could get a wuk and the weed is for me rock back and smoke until me get a wuk.”

The offence of drug possession was pointed out to Nickie and he was later formally charged.

Before handing down his sentence at the Kingstown Magistrate’s Court on Tuesday, Magistrate Bertie Pompey asked the defendant if he had anything to say and he did not response.

The magistrate told Nickie he was asking him a question. “Are you here or are you somewhere else?” the magistrate asked.

Pompey then asked him where he works and he said, “Nowhere really”.

“So how you’re going to pay a fine?” the magistrate said.

Nickie said nothing and the magistrate told him, “Okay. Two months imprisonment.”