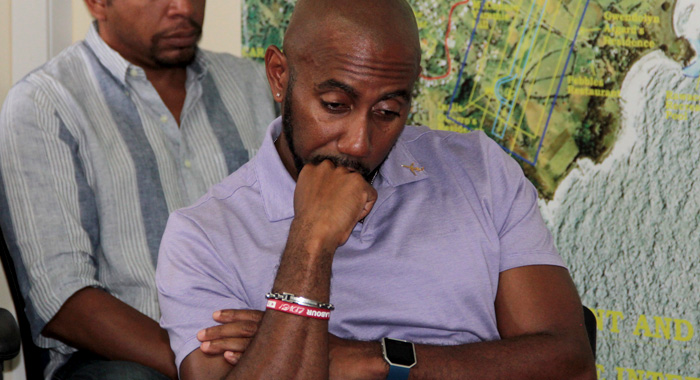 The man charged with trying to attract airlines to fly to Argyle International Airport says he is “tired” of the project, where construction began in 2008 and has missed multiple completion deadlines annually since 2011.

The comments by Glen Beache, chief executive officer of the Tourism Authority, came Wednesday as he spoke on Boom FM about two chartered flights that will land at the airport on Feb. 14, when it officially begins operation.

“I’m relieved,” Beache said, adding, “I’m kind of tired of the project, to be honest. It’s been going on for a while now, since 2008. I think we gave some unrealistic timelines for the completion of it and I can say that.”

He further said that beginning operations at the airport is an even more challenging task that construction of the EC$729 million project, the largest in the nation’s history.

“If you think the construction is hard, becoming operational is a huge job. It is a serious challenge,” he said, adding that the airport is not E.T. Joshua or Canouan.

E.T. Joshua is the nation’s main aerodrome, but Canouan has its longest runway. There are also airports in Bequia, Mustique and Union Island, but Argyle will be the nation’s first international airport.

“This is on a completely different level and I think it is a relief. I will be relieved once I see everything go smoothly on the 14th and we are operating,” Beache said.

Beache, however, said there is “no doubt” that there are going to be hiccups, but said officials will try to minimise them.

“But I think I will be relieved and I will be happy for Vincentians on a whole. This is a game changer,” he said.

He said the airport has “gone way past” arguments about whether the dance can pay for the light”.

However, the Tourism Authority, the state-agency, which is responsible for marketing Vincentian tourism overseas, will pay Caribbean Airlines and Sunwing to bring a flight from New York and Canada respectively on Feb. 14.

Pressed for an approximate cost of the charters, Beache said, “I really can’t tell you yet.”

“You could probably say around 100 [thousand] US dollars,” he said, adding that “it might, it might not” include the taxes.

The Tourism Authority would try to recoup the money through ticket sales.

(Watch below a video of Beache speaking last April about negotiations with airlines.)