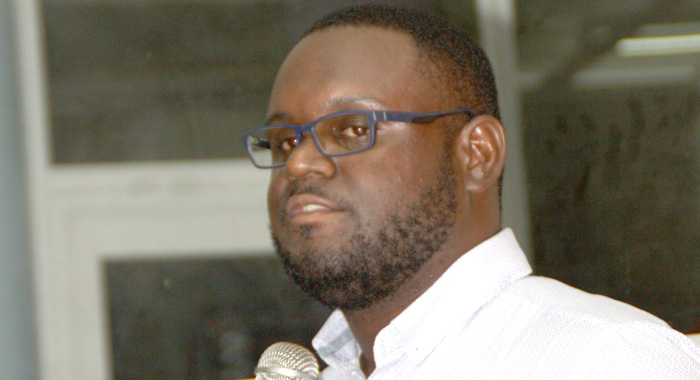 Local real estate service CaribiDreams will be establishing partnerships this year with some local videographers and photographers as it seeks to bolster its internet-based platform called Linda.

The service is delivered by M John IT Solutions, which is managed by Maurice John Jr.

At the launch, John said that as of this month, there will be tremendous emphasis on customer service and the company is aiming to create specific partnerships with a few persons such as Regis “Splectron” Williams who does video and photography and Orvil “Ruff” Samuel, who does live streaming.

John said he has seen some local real estate agents using Instagram as a marketing and promotion tool.

“That is not real estate,” John said, adding that marketing is of tremendous importance to the service.

John emphasised the importance of having a good website to market business. He said that when he first released his website he observed that the site had a bounce rate of 70 per cent, meaning that seven of every 10 persons who visited the site read only the first page and left. He said that was not a good sign so he decided to modify it and he tweaked it repeatedly, doing compression on photos so that, among other things, the pages would load faster.

John said that as a result of the tweaking of the website, more persons are visiting and staying longer. He said that according to statistical analysis, his bounce rate had dropped drastically from 70 per cent to 3 per cent, meaning that only 3 per cent of the persons who visit the site leave without viewing at least five properties.

He said CaribiDreams has been on the market for one year and the aim was to create a brand with a website that has appeal so that visitors will have an emotional reaction when they visit the website. He said CaribiDreans is a “well put together package”.

“When I spend one dollar on advertising, I advertise one property. That property advertises four more,” John said.

John is hoping that in 2017 he will be doing as much as four times that rate. He said that for every four persons that visit the site they must look at between 10 and 20 properties.

It was conceptualised as a Caribbean-wide brand aimed at harnessing the power of information technology and artificial intelligence to bring Caribbean islands together to offer a unique real estate product. The company says it has the great prospect of becoming the largest real estate business in the region with partnerships involving St Vincent and the Grenadines, Barbados, Trinidad and Jamaica.