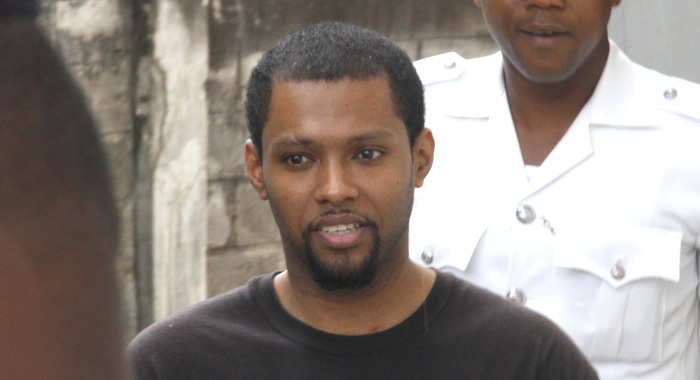 The court proceedings through which a magistrate will decide if there is enough evidence to try 29-year-old Veron Primus of Vermont for the murder of real estate agent Sharleen Greaves, will continue on Jan. 17.

Hearings in the matter were adjourned on Friday after two more witnesses testified at the Serious Offences Court in Kingstown.

Eight witnesses have testified and the prosecution is expected to call more than 40.

Greaves, a 33-year-old resident of Calliaqua, was discovered  dead at her Bijou Real Estate agency at Arnos Vale after 9 a.m. on Nov. 13, 2015, with multiple stab wounds about her body.

She was pronounced dead at the scene.

Investigators say she died sometime between Nov. 12 and 13.

The two were married for four years and divorced in 2005, but maintained a good relationship, Greaves told the court.

Also giving evidence was Delroy Haywood of Upper Cane Hall, a farmer, who worked for Ms Greaves from time to time.

Haywood told the court that it was he who had found Greaves’ body in her office and asked someone to call the police.

In asking for the adjournment, Adolphus Delplesche, senior prosecutor in the National Prosecution Service, said that the prosecution was going to make an application under the Witness Special Measures Act.

He, however, told the chief magistrate that he does not necessarily need that application processed before proceeding with the other witnesses.

Primus, who was born in St. Vincent but grew up in the United States, returned to St. Vincent and the Grenadines in 2015 after being released from prison in New York.

Police moved in on him in connection with Greaves murder as they were investigating a report that he had allegedly held a woman against her will for four months on the ground floor of a house in Vermont.

After being charged with Greaves’ murder, he was also indicted in New York with the 2006 murder of one of his female friends.

Primus is representing himself in the preliminary hearing, as his previous lawyer gave up the case, citing case management difference between the two of them.