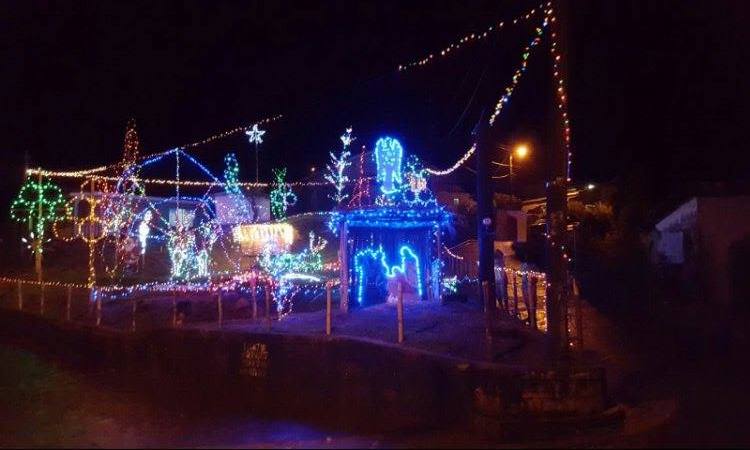 A conflict has broken out in Rose Hall over which group should get what portion of the community’s winnings in the National Nine Mornings Festival.

Rose Hall copped the top prize in the Leeward division of the national lighting competition for a reward of EC$$1,000 and was second in the national competition, winning EC$2,000.

The Rose Hall Cultural and Development Organisation (RHCDO), led by its president, Selwyn Patterson, is the official group registered with the National Nine Mornings Committee.

But Rose Hall resident Richard Browne is claiming that the RHCDO was not responsible for lighting up the community and should not receive the EC$2,000 prize money.

He told iWitness News on Monday that residents of the North Leeward community have mandated him to ask the National Nine Mornings Committee to give all the prize money to the group that actually decorated the village.

If the committee does not comply, Browne said he and the other persons who lit up the community for the festival would return the EC$1,000 cheque to the committee.

The prizes in the national competition were distributed on Saturday during a ceremony in Kingstown.

Browne told iWitness News that he and other residents of the village were involved in lighting up the community for 10 years before the RHCDO took up the responsibility about five years ago.

He said the quality of the decoration deteriorated during the latter period and when he returned to Rose Bank last year from living on the windward side of St. Vincent, he decided to get involved in lighting up the community.

Browne told iWitness News that Patterson told him that the RHCDO had come up with a budget for lighting up the village but he (Browne) told Patterson that the community no longer supported his group in leading the effort.

He further told iWitness News that he told the RHCDO leader that if he (Browne) does the lighting up, it would not be associated with RHCDO.

Browne said he went around the village with a container and residents donated EC$550 toward the lighting up.

He said he used that money to begin the effort and used a further EC$350 from his own funds to buy plywood.

Browne told iWitness News that the national committee expects communities to have activities on each of the nine mornings before Christmas, except Sundays, in keeping with the unique Vincentian tradition.

He said that Rose Hall used to have a Miss Merry Christmas event near the lighting up, adding that the event was free.

He, however, said that the RHCDO organised an event under the same name this year and held it in the community centre, some distance away from the decorated area of the village, and demanded that patrons pay EC$10 to enter.

The show was essentially a beauty show, Browne told iWitness News, adding that while the RHCDO said it had other events, they were not in keeping with the Christmas theme.

He said that residents are displeased that the RHCDO sent someone to collect the EC$2,000 cheque on Saturday.

“That is unfair and the community is now in a state of conflict,” he told iWitness News.

Meanwhile, when iWitness News contacted Patterson separately on Monday, he said he did not know about any controversy surrounding the prize monies.

But videos circulated via social media of a meeting held in Rose Hall Sunday night to discuss the matter show residents of the community engaged in heated exchanges over the prize monies, with some persons even pushing each other at one point.

Patterson called into WE FM last week, saying that that they came up with the agenda and gave it to the Nine Mornings Committee.

“They asked us to be a part of our programme,” he said in reference to the villagers who were responsible for the lighting up.

“So, now that we have done so well — because I know that these guys are the guys who can do it. That is why I gave them the permission to do the lighting,” Patterson said.

He added that the RHCDO had games night and other activities in their programme.

“They don’t have a programme, they asked me to do it,” he said, saying the conflict would not stop his group from progressing.

“This will make us stronger,” Patterson said, adding that he had called a meeting for Jan. 8.

“I don’t want no conflict with no one,” Patterson said in his comments on radio last week.

“Our thing is what the national Nine Mornings committee has approved, not them. I have given them the privilege because I know they can do it. And when it reach to the radio and reach to the people of St. Vincent and the Grenadines, this is not nice, because they gone too far with it,” Patterson said, adding that he had told the disgruntled people to wait until Sunday to voice their concerns.

“But these people just out to make trouble, make mischief and belittle people,” he said.