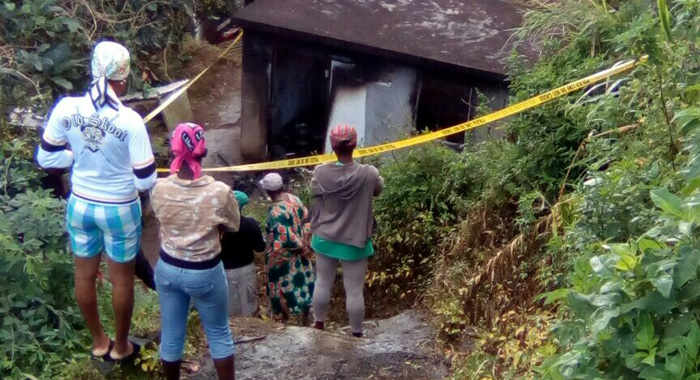 Onlookers outside the house on Sunday.

Police are investigating a fire in Rose Hall early Sunday morning that is believed to have claimed the life of an elderly resident of the North Leeward village.

Villagers were awoken by the blaze around 3 a.m.

When they put out what was left of the fire, the found charred human remains, believed to be that of Cecil Ferdinand, who is in his 70s.

The elderly man lived alone in the two-room house where the fire took place.

The body was burnt beyond recognition.

Residents were able to put out what was left of the fire without the need for a fire engine, which would have been deployed from Kingstown, more than an hour’s drive away.

Police have not offered any theories about the cause of the fire.