Bible to be read aloud in Kingstown 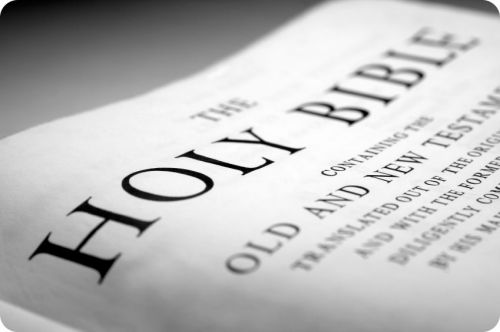 Christians across St. Vincent and the Grenadines will over three days, beginning today, Wednesday, read the entire Bible aloud in Kingstown.

The reading will take place at the parking lot adjacent to the Ministerial Building.

The activity begins at 1 p.m. today and continues night and day through to 11 p.m. Saturday.

The activity, which has taken place in a number of other Caribbean nations, is being organised by Youth With A Mission, an evangelical inter-denominational, non-profit Christian, missionary organisation.

“We are going to be having a Bible reading proclamation over the nation, where we are inviting Christians who love the Lord to come and sign up, ”

James said the event will be held for three reasons:

“Because the word of God is such a powerful word. It’s spirit, it’s life, it’s truth and we are not fighting against flesh and blood but principalities, against rulers of darkness in high places and so as we declare the word of God in the atmosphere, we know the demonic spirits and strongholds that are over the nation, there is going to be a shift in the upper atmosphere through the believers,” he told iWitness News.

The second reason, James said, is to encourage Christians to really begin to love God’s word in a deeper way, and, to obey it.

“The Bible says, if you love me, keep my commandments. And I believe there is a concern on the heart of God where young people, couples, families, seniors, the different demographics that represent the body of Christ, need to engage a little deeper in God’s word so we can be walking in a level of deeper transformation to see a change take place in our communities, a families and nations.”

James said he believes that God wants to declare, through the body of Christ, that the biblical worldview is the only worldview.

“When it is compared to secularism and humanism, it is the only view that can bring a wholesome, more positive, more successful, sustainable economy and nation,” he said.

“You want to find a nation that is great? Only the biblical principles, relationship with God can keep a nation and make a nation. The Bible says righteousness exalts a nation and sin is a reproach to any people.”

The reading will be amplified in the day and in the night will be softer, out of respect for the laws of the nation, James said.

He told iWitness News that the focus, however, is not on the amplification.

“We know we can stand there or sit there and read the world of God and the same impact will happen. So, it’s not really booming it so that people can hear. We are going to have a little implication but the main purpose is just to be able to speak the word of God.”

James said that Christians can come and volunteer.

4 replies on “Bible to be read aloud in Kingstown”