Vincentians to pay more taxes in 2017 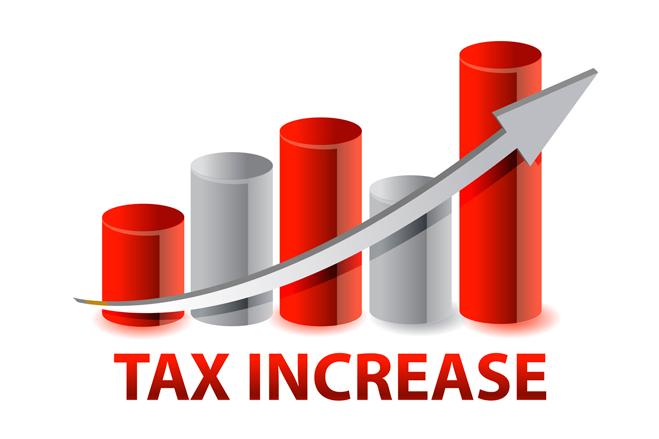 Vincentians will, this year, begin paying a higher rate of Value Added Tax (VAT), which is expected to move a further EC$10 million away from the pockets of consumers into the state coffers, even as the government said that it collected in 2016 more revenue than anticipated.

Prime Minister Ralph Gonsalves announced in his Budget Address on Monday that the rate of VAT will increase by 1 percentage point to 16 per cent as of May 1, 2017.

The change was among increases in a number of taxes that the prime minister announced as he presented the EC$976.4 million budget.

In announcing the increase in VAT, Gonsalves spoke of the frequent occurrence of severe natural disasters and the extensive loss and damage to houses, physical infrastructure and economic enterprises, especially since 2010.

He said the Central Government has incurred significant costs in providing relief and assistance to affected households and businesses and for rehabilitation and replacement of damaged infrastructure.

“Indeed, we have calculated that no less than 10 per cent of the public debt has been incurred for disaster related projects and initiatives, narrowly-defined,” said Gonsalves, who is also Minister of Finance.

He said that in order to help offset the cost of these natural disasters, the government is introducing a 1 per cent levy on consumption within St. Vincent and the Grenadines, to be used to capitalise the Contingences Fund, which is being established pursuant to Section 72 of the Constitution.

The prime minister told lawmakers and media audiences that the measure will take effect from May 1, 2017, to give businesses time to make the required alterations to their systems.

“The revenue yield from this measure is estimated at $10 million per annum,” Gonsalves said, adding that he will review it in three years’ time.

The government is also expanding the 2 per cent Telecommunication Levy it introduced last year, levying it on incoming calls and data usage, in addition to outgoing calls, as was the case when it was introduced.

Funds from the tax are allocated to the Zero Hunger Trust Fund to assist the government in its fight to eradicate hunger in our country, Gonsalves said.

“The Fund has commenced several interventions in an effort to ensure that the work continues. The 2% levy will also now be applied to incoming calls and data. This measure becomes effective from March 1, 2017,” Gonsalves said.

Gonsalves also announced that the VAT threshold will be increased from EC$120,000 to EC$300,000, the first review since the tax was introduced in 2007.

“This increase in the VAT threshold means that approximately 800 registrants will be removed from the VAT Register,” Gonsalves said, adding that the estimated loss of revenue from this measure is approximately EC$3.5 million annually.

Gonsalves also announced that the rate of VAT for rental of a berth in any marina or shipyard will be reduced from 16% to 11%.

“The reduction in VAT in this regard will undoubtedly spur additional investment in the yachting/marina sector, and help to make our product more competitive,” Gonsalves said.

The government is also clamping down on professionals who have been avoiding paying taxes.

Gonsalves told Parliament that now that the VAT threshold has been increased to EC$300,000, many of the persons practicing these professions will benefit by not having to charge VAT on the services that they deliver to their clients.

“It is, therefore, reasonable to ask these professionals to finance a portion of the revenue loss from the increase in the VAT registration threshold,” Gonsalves said and announced a 20 per cent increase in the fees payable under the professions licensing Act.

“I urge all professionals to pay their annual licences in a timely manner and I remind them that failure to pay the licence fee or failure to register constitutes an offence which is punishable by a fine not exceeding four and a half times the licence fee in default, and to imprisonment for one month.”

Gonsalves, who is also Minister of Legal Affairs, also announced that the Government will soon introduce legislation to initiate a process leading to the possible suspension of the licence of persons who refuse to pay the licence fee or are in arrears in excess of one year.

“On the related matter of personal income tax, most professionals have not paid their fair share of taxes. The IRD intends to be more focused in ensuring that this state of affairs is corrected, in accordance with law,” Gonsalves said.

The prime minister announced that the Stamp Act will be amended to strengthen its provisions.

“Specifically, the amendment will make it clear that this Stamp Duty is payable on all conveyances or re-conveyances to a third party, whether done by way of a release of mortgages, surrender of lease or any other device for transferring property from one person to another,” Gonsalves said.

Applicable non-nationals wanting to own land in St. Vincent and the Grenadines will also have to dig deeper in their pockets to secure an Alien Landholding Licence.

The prime minister also announced a 50 per cent decrease in Traders Licence, “a symbolic gesture” of the government’s commitment to small and medium-sized businesses.

The tax measures come even as Gonsalves said he was pleased to announce that a number of measures aimed at increasing revenue to finance his government’s “ambitious plan for growth and development” were successful.

The 2016 amount was 4 per cent more than the amount budgeted for that year.

“While revenue was boosted by the revenue measures introduced in 2016, the main impetus for the growth in the collections came from improvements in the machinery at both the Inland Revenue and Customs and Excise Departments,” Gonsalves said.

He told lawmakers that despite this good revenue performance in 2016, his government continues to face serious fiscal challenges.

“One such challenge is the high cost of servicing the public debt, particularly the amount required for loan amortisation and contributions to the bond sinking fund. Connected directly to this is the frequency of natural disasters, a major challenge that we face on an ongoing basis. We must respond to these challenges whilst continuing with our Fiscal Consolidation Programme aimed at promoting economic growth, job-creation, and social development,” Gonsalves said.

An estimated EC$747.3 million will go towards recurrent expenditure, inclusive of Amortisation and Sinking Fund contributions and capital expenditure of EC$229.5 million.

The budget is financed by current revenue of EC$590.7 million and capital receipt of EC$368.2 million.

The debate continues Tuesday with the response of Leader of the Opposition, Godwin Friday.

(Correction: An earlier version of this article incorrectly stated that the departure tax was being increased from EC$40 to EC$100. It is being moved from EC$50 to EC$100).