No increase in activity at the La Soufriere volcano 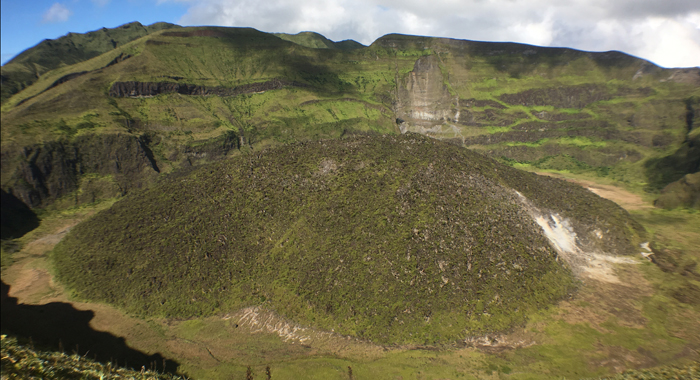 SVG is home to La Soufriere, an active volcano. Volcanic eruptions can cause a tsunami. (iWN photo)

There is no increased activity at the La Soufriere, the National Emergency Management Organisation (NEMO) said Saturday night.

NEMO said in a press statement that during the course of the Saturday afternoon, it had received several calls from concerned persons enquiring if the La Soufriere volcano was erupting.

NEMO said some callers indicated that there is a social media post in circulation stating that the current strong winds and rough seas being experienced in and around St. Vincent and the Grenadines are as a result of activity at the volcano.

“This information is FALSE! There has been NO increase in activity at the La Soufriere volcano,” NEMO said.

It said its acting Director, Michelle Forbes has been in contact with Richard Robertson, director of the Seismic Research Centre at the University of the West Indies, in St. Augustine Trinidad, wh

o informed that there was no unusual activity nor any increase in seismic activities based on their seismograph recordings.

“The Soufriere Monitoring Unit also reported that there have been no visible activity or eruption of the volcano,” NEMO said.

“NEMO, therefore, wishes to inform everyone that the rumours that the La Soufriere volcano has become more active are not true, and ask persons to desist from spreading such false information as it is causing unnecessary alarm to the general public,” the agency said in a press statement.