Bequia group to clamp down on unauthorised Easter parties 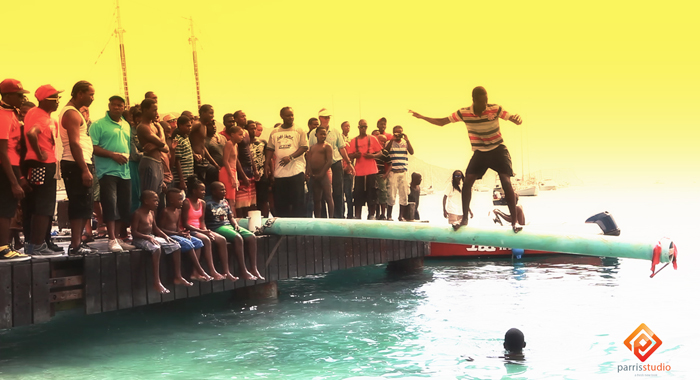 The Bequia On-Shore Activities Management Committee (BOAMC) on Saturday warned the public against buying tickets for parties on the island during the Easter Weekend that they have not sanctioned.

“… any events that are being advertised on air, in the printed press or online without the proper authorisation is in breach of your agreement with the committee,” chair of the committee, Agustus M. Carlos Williams said in a press statement.

He further said that these unauthorised activities are “a direct assault on the mandate of the committee, a blatant disregard for the welfare of ALL residents of Bequia, and an offence of the laws of St. Vincent and the Grenadines for the governance of such activities.

“This is indeed unacceptable and will not be tolerated. Know that you will be fittingly responded to and the consequences of action appropriated by the committee and the community,” he said.

In the statement, Williams gave a list of events that have been sanctioned by the BOAMC and the relevant authorities to take place on Bequia for Easter Weekend 2017.

He said these events will be “accorded the courtesy and privileges” of the committee.

The events are the Mojito party on April 14; the Amgine Entertainment R.U.M. Party, “Castaway” and a Party Nation private event on April 15; “Mutiny”, a Rebel Media/Famous event, and a Limerz Cruise on April 16, and Nekes Cooler Breakfast Party on April 17.

Speaking to iWitness News on Saturday, Williams noted that the committee was established in 2015, with the support of the Ministry of Tourism, Sports and Culture, and is responsible for “the synergetic coordination and facilitation of events/activities on Bequia for the mutual benefit of all”.

“What has been happening over the years, what we have seen, is that the trends relatives to Easter Regatta have been slowly going past us.”

He noted that the emphasis of Easter Regatta in Bequia is sailing.

“But the past couple of years, there has been the introduction of a number of on-shore events and more so, those of parties, fetes of an inclusive nature, and we have recognised that they have become the most prominent element relative to, which ought not to be,” Williams told iWitness News.

He said the people of Bequia have been complaining that “the essence of Easter Regatta in Bequia is being lost and there is a need for balance”.

Williams told iWitness News that residents of Bequia are not calling for a stop to on-shore activities, such as parties.

He noted, however, that BOAMC is more focused on the preservation of elements of Bequian culture, such as the greasy pole, maypole dancing, cake dancing and ring games.

He told iWitness News that his committee recognises that a new culture is emerging around Easter Regatta.

“And that is what we are trying to safeguard. The Regatta here on Bequia, the sailing, becoming another Union Island [Easterval] scenario, where it is like an extension of carnival,” he told iWitness News.

In the press statement, Williams said that each promoter/company has signed with the committee terms and conditions of engagement and that his committee will hold each to the letter and spirit accordingly.

“This committee will take all and any necessary actions in resistance to any threat to its attempts to maintaining order in its community,” he said.

He said that promoters are reminded that the committee reserves the right to revoke its support and sanction for any event, promoter and or company found in breach of the same.

“This committee stands resolute in its mandate and subsequent decisions for ensuring the preservation of culture and identity of the community and people of Bequia.

“The general public is hereby forewarned that purchasing tickets to these non-sanctioned or otherwise unauthorised events are entirely at your risk and therefore this committee will not be liable,” Williams said.

He told iWitness News that the committee expects some pushback from the promoter impacted most severely by the decision.

He said that up to the point of accessing the applications, the committee had received about 10 requests, most of which were given its support, with some conditions, with which the promoters committed to comply.

Williams told iWitness News that Amgine Entertainment requested permission to have two events, but after the committee’s assessments, they denied permission for one of them.

“And we gave the just reasons why we could not have allowed [the other event],” Williams told iWitness News.

“However, there is always dialogue. There is always open communication,” he said, adding that if an applicant is not satisfied they can appeal, and the committee will try to arrive with them at some “amicable solution”, he told iWitness News.

He, however, said in the statement that the committee and the community “will respond firmly to all disrespect and disregard to the principles and processes set up for the strategic development of Bequia as a major tourism product and unique community values and life”.