A nation of masters and slaves 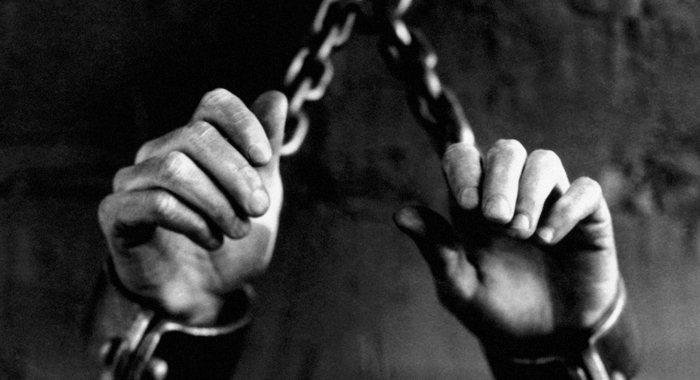 St. Vincent and the Grenadines is known by every Vincentian for its natural beauty and strength in the physical features all packed into our 32 islands. We are and should be very proud of the number of ways in which God has truly blessed our homeland. The singing of the National Anthem and other patriotic songs conjures up emotions of pride and sentimentalism, as we are overwhelmed with how much we love these lands.

Many Vincentians travel out, but on speaking with them, you will hear of the longings to be home and to visit amidst all the success and prosperity they find in the outer world. The feelings of our people for our country are emotionally charged and run deep. You witness this in the passionate exchanges between Vincentians, about anything with national implications, including politics.

SVG, however, has been extremely bombarded by the influences of the outer world through the media. Internet and cable television have revolutionised this land and one can debate for hours as to the pros and cons of us having received all of the varying influences.

The question to ask, however, is: what makes us unique as a people? Not just: what makes our land special and preferable? And, How do we positively shape the view of the outside world of us? Also, how do we want the generations succeeding us to live?

Vincentians are achieving in many areas overseas. They are winning awards, climbing ladders in the corporate world, academically standing out and thriving in many ways. Here at home, however, we seem not to be all thinking deeply about better for our own society. In fact, it seems that a high proportion of what is brewing here at home is a culture of degradation and gangsterism.

What is forcing the descendants of slaves, who are freer than their ancestors have been for many generations, to choose to regard themselves with less than healthy self-respect, in proportions so great, that the cause is nationally championed? Is national financial gain the new slave master that is the next convenient excuse for blindness, silenced voices and peer pressure? Do we care to stand up for things on a national scale because of its moral value with nothing that involves material give and take?

It seems that even the voices of the God-fearing are silenced by some mysterious force where the moral scales are malfunctioning or have been put into storage in some unused room in the basements of our places of worship. Christians are all now invited to celebrate immorality and the worship of strange gods as culture and this is now superseding the instructions of who used to be our Almighty God.

This is the nation we are showing to the world around us. But even more alarmingly important, this is the nation we have become and educating our young to see as normal. Is this a reflection of our roots? Is this what the lands of our ancestors had best going for them?

Did God not always punish and remove blessings from the peoples and lands where men turned their back on him for strange gods of foreign nations and where they exchanged him for heathen idols?

Art and culture are not ultimate yardsticks for moral standards. A person winning an award for being scantily dressed does not make it right or wrong. Our ideas of beauty and festivity, though profitable for the here and now and seemingly entertaining, are still being witnessed by the powers of morality in the heavens. This is the One who has been preserving this land and our people for generations. Are we selling out to strange gods?

The real slave master is the devil. He has controlled all the minds and empires that enslaved our ancestors. It is he who has always corrupted the nations. It is he who is behind moral decline and lawlessness. Do what you want and what you feel is always been the way he has convinced men rich and poor, educated and uneducated and Vincentian and non-Vincentian to live.

What we are playing in our vans and televisions as a nation and what we are constantly promoting and portraying tells a story that goes against the emancipation our forefathers sought for their future generations. When sexual acts, talk and song become public show, and semi-nakedness are the order of the day, we have become a nation of erotica and slaves to the same master of our enchained ancestors.

St. Vincent and the Grenadines, “For the time already past is sufficient for you to have carried out the desire of the Gentiles, having pursued a course of sensuality, lusts, drunkenness, carousing, drinking parties and abominable idolatries.” 1 Peter 4:3

We are warned Vincentians: Ezekiel 6, …those of you who escape will remember Me among the nations to which they will be carried captive, how I have been hurt by their adulterous hearts which turned away from Me, and by their eyes which played the harlot after their idols; and they will loathe themselves in their own sight for the evils which they have committed, for all their abominations.

Do we know that amongst our ancestors that were enslaved were bloodlines of craftsmen, artists, doctors, leaders, clergy and the descendants of renown dynasties of progressive civilisations with high morals and noble values? Alternatively, are our ideas of the motherland based on the propaganda by masters of scantily clad, obeah-working, jungle warriors? What is our view of dignity, national pride, celebration and festivity as a nation? Obviously in crisis.

Are we, in fact, portraying a status of freedom or enslavement?

6 replies on “A nation of masters and slaves”