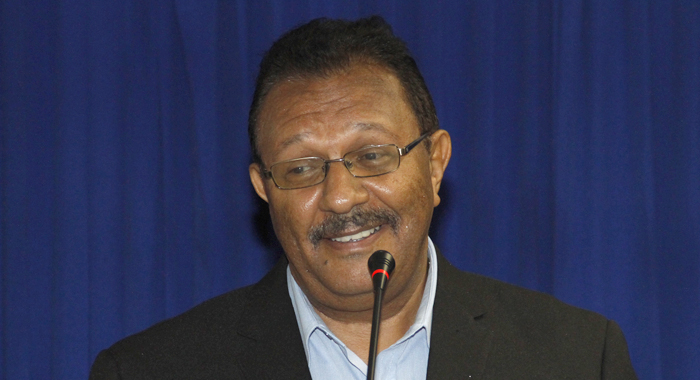 A prominent accountant says that value added tax (VAT) is a good levy but he is concerned about some of the items on which it has been imposed in St. Vincent and the Grenadines and the potential impact on the nation’s poorest.

Kirk Da Silva, speaking at a review of the 2017 national budget in Kingstown Thursday night, suggested that there are other options that the government could have taken besides imposing VAT on basic food items last year and increasing the rate this year.

Lawmakers, last month, approved a proposal by the government to increase the rate of VAT from 15 to 16 per cent and to also increase the VAT threshold from EC$120,000 to EC$300,000.

“But if you’re increasing VAT, … bearing in mind the context in which the budget was prepared, aren’t we taking a bit more money from people’s hand and reducing their disposable income? Shouldn’t we have done the opposite?” Da Silva said.

Da Silva said that while VAT is widely criticised, he believes it is good tax because there is increased or mass participation.

He told the town hall meeting, which was organised by the Teachers’ Union and the Public Service Union that he is also concerned about the items upon which VAT is imposed.

In the 2016 Budget, Prime Minister Ralph Gonsalves announced the introduction of VAT on packaged rice for retail sale; table and cooking butter; brown sugar, whole chicken and chicken parts, except chicken back, neck and wings — items that were zero-rated when the tax was increased in 2007.

He said the changes were necessary to widen the tax base and improve buoyancy.

Da Silva noted that VAT was imposed on basic food items such as salt and chicken.

“To me, if we use salt, for example, I think the reason given was that salt was bad for our health and, therefore, you would need to VAT it so that you can consume less.

“I have always learnt that salt, though, is what economists would call an inelastic product. And by inelastic, I mean that if the price goes up, it doesn’t necessarily mean that the demand is doing to be reduced.

Da Silva said that on the question of VAT on chicken is whether it should be made a regressive tax.

“Does it become a regressive tax in terms of our society uses a lot of chicken and if we use a lot, then the poorer classes of persons — persons with lower salaries and lower income bracket — would they not pay a higher percentage of their incomes for basic food items than other individuals in higher income brackets?”

Da Silva, who was unsuccessful in his bid to become a candidate for the ruling Unity Labour Party in the December 2015 general elections, said his other area of concern is that the implementation of the capital budget over the past years has been very low.

“And it impacts on the economy. If we think the economy is bad, things are tight, then I believe the necessary mechanisms have to be put in place to encourage what I would call putting life in the economy.”

He said he was asking someone recently if the threshold of pay-as-you-earn tax (P.A.Y.E.) could not have been increased to maybe EC$30,000.

Da Silva noted that he has not done any studies and was just making a suggestion.

“Wouldn’t we, then, be giving people more money in their hand, increasing their disposable income? And if we do that, wouldn’t the increase, as a result of increased spending, not have taken care or be even more than your 1 per cent increase in VAT?”

He further asked if increasing disposable income would not have a spill off effect on businesses, in terms of sale.

“Wouldn’t there be a spill off in the country areas that people in shops and so on would have as people’s disposable income increases?” Da Silva said, adding, “As I said, it’s food for thought.”

Da Silva said that another advantage of VAT is that it minimises tax evasion and is simple to administer, compared to other taxes.

He further said that some people may argue that it is a progressive tax since consumers who spend more, pay more VAT.

“And there is the argument as well that the poorest people spend a higher proportion of their disposable income on VAT than do the richer people,” Da Silva noted.

He, however, said that he has a problem with the implementation of VAT in St. Vincent and the Grenadines, adding that businesses should be paying VAT when cash is received.

He said that when a businessperson bills a customer, the business pays VAT whether or not that money is received.

“So, if you give credit, or if you rent a building, and you are three months in arrears, your tenant has not paid up, you still have to pay over that portion of VAT, although you did not receive it,” Da Silva said.

“In my view, it creates a hardship for business people in terms of cash flow problems because it increases the cost of operation.”

He said that profit is important in a business but cash is its lifeblood.

“You can make a million dollars profit but if you don’t receive and have the cash to pay your bills, then your business could go under,” he said, adding that cash flow problems create increased operational cost as businesses revert to overdrafts to finance their operations.

“And I think it is something that ought to be looked at, and I say this from a professional point of view,” Da Silva said.