Pilot pleads guilty to being drunk in cockpit 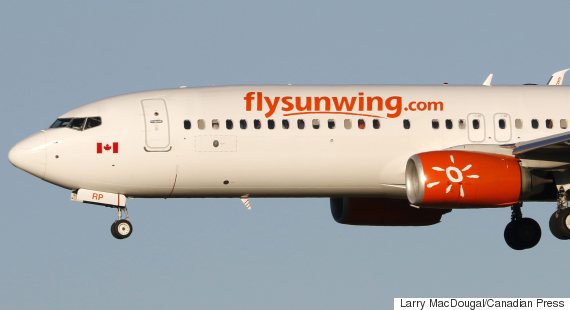 The Sunwing pilot who was found passed out in the cockpit of the airline on Dec. 31 could face up to a year in prison.

On Tuesday, Miroslav Gronych, 37, pleaded guilty to having care and control of an aircraft while he had more than the legal amount of alcohol in his system on Dec. 31.

Tests found that his blood alcohol content was more than three times the legal limit.

There were 99 passengers and six crew members aboard the aircraft at the time.

The incident occurred in Calgary, Canada before the departure of a flight that was scheduled to make stops in Regina and Winnipeg before continuing on to Cancun, Mexico.

The news came one day after Chief Executive Officer of the St. Vincent and the Grenadines Tourism Authority, Glen Beache, announced that the airline would bring passengers on a chartered flight to St. Vincent for the Feb. 14 opening of Argyle International Airport.

Beache responded angrily to the iWitness News article, saying that the headline  — “Pilot with airline to land at Argyle allegedly drunk in the cockpit” — gave the impression that the drunk pilot was the one who would have operated the flight to St. Vincent.

The flight to St. Vincent on Feb. 14 operated without incident, bringing 131 passengers from Toronto to Argyle.

The court in Canada heard that Gronych, who is addicted to alcohol, had emptied a 26-ounce bottle of vodka in his hotel room before arriving at the airport.

“I can’t even describe how ashamed I am,” the disgraced pilot told the court, which heard that when he arrived at the airport, he was slurring his words, staggering and could not walk in a straight line.

The defence has asked the court for a three- to six-month jail sentence, while the prosecution is asking for one year imprisonment.