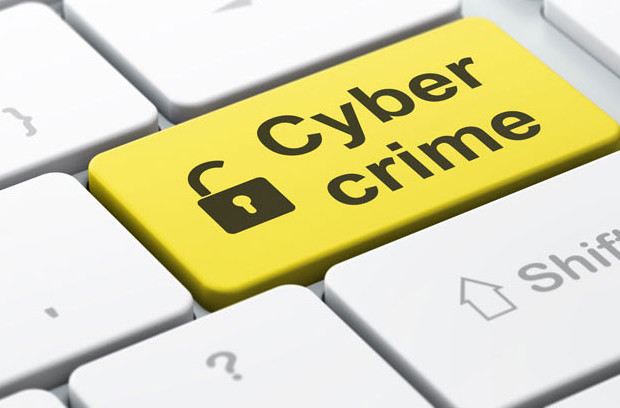 Despite being oceans apart, “Internet Connectivity” has brought the international community into a single space. In cyberspace, such connectivity not only allows for, inter alia, “…instant messaging and media socialisation, but also e-commerce and internet banking”. With these innovations, none may deny the impact these technologies have on modern living and business transactions. Thus, for those keeping up with technology and modern trends, with relative ease and speed, financial transactions can be done from any part of the globe. Then, with the use of certain technological devices, skills and sophistication, before bank tellers could press counter-buzzers, cyber criminals had “…breached computer security systems; …took over bank accounts and fleeced the balances of customers”. Likened to the international banking community, there has been empirical evidence that regional States have also experienced tremendous losses to “…fraudsters, phishers and hackers”. Consequently, recent developments within the region have made a strong case for new “banking security initiatives”.

Evidence suggests that these have not been feats easily achieved by ordinary computer users. That which social media users, banks, service providers and other entities, have reportedly found troubling has been the undetected frequency and relative ease hackers have been able to access and steal personal and banking data. By installing “malware” (malicious software) on targeted computers, cyber criminals have demonstrated a remarkable capacity in breaching security systems worldwide. The case of Lauri Love 32, who, from his British residence, reportedly hacked into the “United States Federal Reserve; …NASA; …US Missile Defence Agency and EPA” and allegedly stole sensitive security and employees’ data, “resulting in millions of dollars in losses” [Department of Justice: October 28, 2013]. An estimated cost to American consumers was said to be “US$16 billion” [2004].

Banking institutions know that that they neither have control over the operations of hackers, nor destinations of defrauded funds. Following the “Bank to Bank Transfers,” sums bordering EC$2,500, withdrawn only at ATMs. The defrauded monies were reportedly converted to the currency of the destined nation, or to United States currency. These shall prompt national fiscal responsibility in regional finance ministers in becoming more mindful of the operations of some money transfer agencies, as they affect their nation’s foreign reserves. Instructively, documentary evidence showed an alarming frequency of withdrawals, numbering “…11 over a mere seventy-two hour period” [October, 27 – 29, 2015]. By the time the transactions were detected, a customer’s bank balances had been dramatically reduced. By the time the operations were arrested, losses to a particular regional bank were reported to be somewhere in the neighbourhood of EC$28,000. These fraudulent activities not only speak to burgeoning financial losses, but also insurmountable challenges faced by regional banking institutions.

It was argued that the master-minders had directed, controlled and executed the operations. WhatsApp messages have supported these arguments. Documentary evidence revealed that (i) “…Defrauded funds were electronically transferred from a victimised bank in a regional State; (ii) …Credited to three accounts in a neighbouring state; (iii) …Withdrawn at ATMs in that State; (iv) …Dispatched to recipients through Money Transfer Agencies (MTAs) in another regional State; and (v) …Hastily dispatched through MTAs to Lagos, Nigeria.” These transactions not only speak to well-coordinated operations, but also a scam that was clinically executed and dispatched with the speed of light. These, therefore, suggest that banking institutions shall scrutinise unusual transactional activities with newly opened/activated accounts. When credited, these not only demand identifiable sources of funds, but also transactional legitimacy.

When medical professionals misdiagnosed patient’s conditions or over-prescribed medicines, these were known to have resulted in processions to the cemetery. Thus, likened to medicine, internet banking has different kinds of side-effects. These are often experienced when bank transactions seemed to have faced with discrepancies on existing balances. When records of bank transactions seemed starved of legitimacy, lacked verification or traceability, the situation often becomes problematic for management and anguish to customers and staff. Ironically, these are mostly seen when customers’ accounts had prompted queries over unusual activities and questionable balances. However, while a small minority of bank staff may have been led into temptation, the majority are not only people of good repute, but also of high integrity. Even so, suspicions had often been placed on their trustworthiness, honesty and innocence. For the purposes of these discussions, such side effects had often been seen through significant losses.

Ever since the advent of technology, cyber criminals have been performing acts that have marvelled bankers, achieving remarkable feats without visitations to banks and without immediate detection. It is indisputable that technological advancements have allowed for the technologically savvy to access bank balances. The frequency and gravity of this activity have necessitated legislative measures, defined as cyber crimes. These activities have not only resulted in significant financial losses to banks, but also affected customers availing themselves of online banking. These trends have not only pervaded the international community, but also banks within the Organization of Eastern Caribbean States (OECS). While quick and efficient banking services are desirable, cyber criminals shall not compromise security and reliability of services or the confidence customers have reposed in these institutions.

While technological advancements allow for the conduct of financial transactions through internet connectivity, it also provides opportunities to a growing population of cyber criminals. Thus, aided by modern technologies, nothing shall be presumed impossible or beyond their reach. Computer hackers have not only intercepted bank profiles and login credentials, but also took over and managed bank accounts. The growth in numbers of cyber criminals appeared to be out-maneuvering that of the growth of regional economies. Those driven by a desire in acquiring quick wealth, continue to devise fraudulent means in achieving their goals. Many have used their technological skills in defrauding and depriving bona fide customers of bank balances. Invariably, traceability and/or recoverability have often proved distressing and difficult.

Even as conventional criminals seek to wreak havoc on society, regional banks will have seen an exponentially growing population of cyber criminals. Such growth appeared to be occurring faster than accruals on savings. Though some financial losses may suggest involvement of external forces, this probability has often been overlooked by banking institutions. That which shall always be borne in mind, is that likened to the careless use of fire, conducting online banking or any other business transactions, with carelessness or reckless abandon, has been known to have resulted in “financial consequences”. This comes against the background of the undetected and relative ease the balances of a regional customer had been accessed and withdrawn from Automated Teller Machines (ATMs). In that case, a transferring bank appeared to have been electronically deceived into believing that the online banking transactions were being conducted by the holder of the particular account. Most of the fraudulently withdrawn funds were eventually dispatched to a foreign country.

Even as the lack of regional statistics may not be viewed as a deliberately kept operational secret, it is evident that these activities dictate technological solutions, if banks are to mitigate financial losses. Though these may not necessarily eliminate fraudulent activities, they are more likely to have some decreasing effect on profits. Though recognised as an internationalised criminal problem, the impenetrable silence on bank frauds, speaks to a sustained effort by some institutions in giving the appearance of infrequent attacks. While countermeasures are initiated for staving off cyber attacks, a growing population of cyber criminals have not only made scamming, phishing and hacking have kept them gainfully occupied, but also activities a global phenomenon. Since cyber criminals are constantly phishing, banking institutions and customers may wish to consider increasing their vigilance for suspicious activities, particularly on appreciable balances and transactions conducted at ATMs.

While cyber criminals are often a technological step ahead of users, guided by their modus operandi, with the help of experts, many could be better positioned to secure their services, protect customers, as they seek to enlarge profits. That said, cyber attacks not only speak to a technological criminal trend, but also challenges faced by global banking institutions. Notwithstanding other possible contributory factors, including “customer inadvertence”, the banking public may still find it difficult to avoid attributing certain activities to security and supervisory deficiencies in this service area. In countering certain trend, there may be operational initiatives, focusing particularly on electronic bank-to-bank transfers. Therefore, more vigilance might be employed by recipient banks on funds to be credited to recently activated and/or newly opened accounts. In seeking to reduce financial losses, banking institutions may wish to increase transactional security, more particularly, at ATMs. Thus, as opposed to ATMs withdrawals, holders of these accounts may be availed of counter service. This may not only allow for holders of these accounts to interface with bank tellers, but also allowing for monitoring, as well as discrete physical and transactional scrutiny.