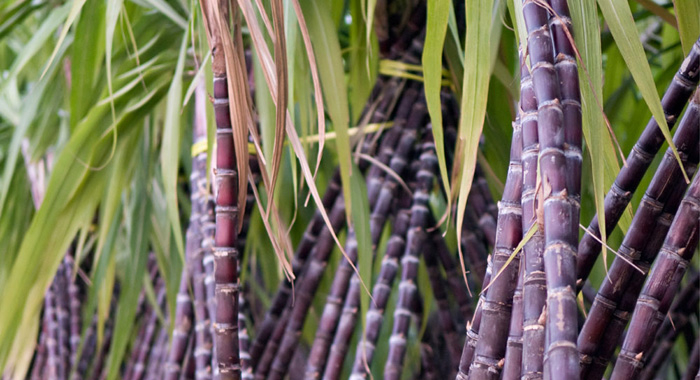 The following details are part of my ongoing research, over the past three years, on the approximately 139 slave plantations that were so important but yet so unexplored, in the formative history of St. Vincent and the Grenadines. Because the research is being undertaken in alphabetical order by estate, Adelphi was tackled first. I am presenting here some uncovered factual details related to the Adelphi Estate in response to the recent call from Dr. Ralph Gonsalves, Dr. Godwin Friday and The Vincentian newspaper. As declared by the trio:

“The time has come for comprehensive documentation of the nation’s history….”

Adelphi, the Greek word for brothers, is the name that was given to 11 slave plantations scattered over the Caribbean basin; Adelphies appeared in British Guyana, Trinidad, Tobago, Grenada, St. Vincent, and Jamaica but slaveholders in St. Vincent and the Grenadines seem to have had a love for either the sound or the meaning of the word; they ascribed the name to three different plantations — Adelphi, Adelphi-Grand Bay, and New Adelphi.

Not much is known about Charles Grant the Elder, of Carron: except that he was the son of James Grant of Carron, that his wife’s name was Ann Grant, that he was named as one of three potential sheriffs of Surrey, England, in 1806 and that, sometime before 1817, he showed up, in the enumeration records of slaves, as a the owner of Adelphi Estate, operating on St. Vincent. But, Charles Grant was not the original owner of Adelphi; it had existed before his arrival on St. Vincent and it was made into an extremely productive enterprise by its previous owner(s) before it was purchased by him. In 1801, the estate consisted of 801 acres but, by 1818, it had shrunk to 666 acres. Between 1801 and 1818 the estate produced totals of 16,253,600 pounds of sugar, 681,366 gallons of rum, and 18,159 gallons of molasses using, on average, 582 slaves per year.

Charles Grant was the father of i. Major Charles Grant, ii. George Colquhoun Grant, and iii. Edward Effingham Grant (the latter, for unknown reason(s), was omitted from his will). At the time of his death, while residing at [Le] Havre, France, (his will was proved, 23/06/1821), he left a half-share of his personal and real property on St. Vincent to his son, Major Charles Grant of the 8th West India Regiment of Foot. One quarter of his personal and real property was left to his daughter, Ann Montgomery Birch (née. Grant), wife of Capt. John Birch. The other quarter was to be divided between his other daughter, Sarah Grant (who was residing with him at the time of his death) and her brother, George Colquhoun Grant, a lieutenant in HM’s 46th Regiment of Foot.

It would seem that, from 1817, the property and slaves were mortgaged to Daniel Henry Rucker, a partner in the merchant firm, D.H. Rucker & Co., operating in London, the West Indies, and Hamburg. After 1825, the property was supposedly owned by the Grants and managed by John George Cox but, in 1828, as a result of a messy divorce involving Major Charles Grant, there was an investigation into the profitability of the Estate. As a result, Major Charles Grant’s daughter, Louisa Ann Grant, took her father to court (Grant vs. Grant) with regard to the financial situation of the Estate. At that time, according to Major Grant’s testimony, the average rent [sic] accruing to him from his half of the estate was £3,500 per annum. He also stated that the clear rent was only £2500 “but he denied that for the last seven years it had yielded him any produce to which he was entitled, inasmuch as the estate was burdened with debts contracted by his father, to the amount of £100,000”; his only income was as an unattached half-pay Major; he admitted to remitting £600 per annum to his wife, as allowance to her, which had been set by the court at £4 per week until alimony was decided. The Rucker firm, the mortgage holder, failed in 1831 but, at the time of Compensation for slaves, the assignees of the company, Joseph Edlman and John William Borradaile, submitted a claim which was unsuccessful.

At the time of compensation, George Colquhoun Grant, the elder’s youngest son, was Colonial Secretary and Treasurer of St Vincent. He registered a claim for 485 enslaved persons on Adelphi in 1834 for Major Charles Grant and himself, as male heirs of the late Charles Grant, and for Mrs. Birch and Sarah Grant as devisees under the last will of Charles Grant the elder, of Carron, their deceased father. The awards indicate that: i. Major Charles Grant remained half owner in fee; ii. Sarah Grant remained a quarter owner in fee; iii. George Colquhoun Grant and Ann Birch both remained half owners in fee (of one quarter of the estate).   None of these owners were compensated for slaves but, as owners, they maintained the right to sell or retain ownership of the property. The slaves were now “freed” but, for the most part, remained under the financial and social control through the presence of George Grant and the ongoing manager/lawyer-(?) of their estate, Mr. John George Cox. The final awards totalled £12,765 13S 8D (EC$59,230.00) and were awarded as follows: i. Louisa Ann Grant, daughter of Major Charles Grant, was awarded compensation for 13 enslaved persons – £336 10s; ii. William Fraser of Cullbrooke, as a creditor, was awarded £3,676 14s 4d; and iii. James McCall, of Glasgow, was awarded £9,881 17s 9d as creditor for £28,195 currency.

Louisa Ann Grant, daughter of Major Charles Grant, was born 16/09/1815. She married John Lister (1802-1867) in Kensington, London, 11/04/1844. Ann Lister, John Lister’s sister, had inherited a house from her uncle, James Lister, in 1826. She had bequeathed the house to an Ann Walker, her lesbian lover, as tenant for life and, should Ann Walker die before Dr. John Lister, the house was to become the property of Dr. Lister. The doctor and his family took possession following the death of Ann Walker in 1855. Census occupation listed Dr. Lister as physician (not practicing) in 1851 and Lieut. of the College of Physicians in 1861).

Thus far, the only pseudo-Vincentian who, under the Grant family tenure, seems to have constantly benefited from the Adelphi Estate of St. Vincent was the manager, John George Cox. Under the Grant family, the estate seems to have been a failing enterprise that was of little benefit to the absentee owners. Definitely, it had offered no rewards to the slaves who, through 50 years, had occupied and tilled the land, day in and day out. Indeed, “in the first week of apprenticeship in St. Vincent, the field labourers of Adelphi estate … refused to work and were punished quite brutally. The men received from thirty to forty-five lashes and several days extra labour on the estate, the women received from four to seven days hard labour on the treadmill, several days extra labour on the estate and one woman was sentenced to seven days solitary confinement.’

4 replies on “History of Adelphi Estate”