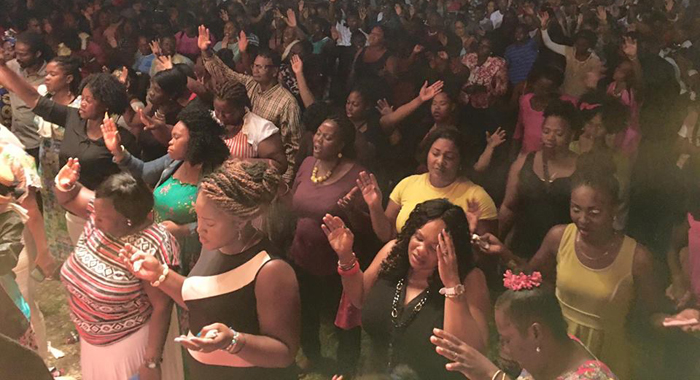 The 2017 edition of Digicel SVG Gospel Fest will be officially opened here this Sunday at the Victoria Park. The festival, which is into its 15th year, is designed to showcase Vincentian gospel expressions in music, song, dance and drama.

The evening’s programme will feature outstanding artistes who have emerged from the festival over the years. Among those scheduled to appear are Jewel Cordice, Tishorn Edwards, Kevin Rodriguez, the Sandy Bay Gospel Chapel Choir, PAWI Combined Dancers, Shunell Nedd and others.

Addresses will come from the chairman of the Gospel Fest Committee, Fidel Taylor, a representative of the sponsor Digicel, with Minister of Culture Cecil McKie officially declaring the festival open. The guest artistes for the show will be the anointed and powerful Minister Kim Arthur of Canada and Sharlene Samuel of Trinidad.

Over the years, a number of this country’s leading gospel artistes got their start in the festival, which showcases talents from across the country.

SVG Gospel Fest 2017 is being held under the theme: “15 Years of the Glorious Celebration of the Gospel”.