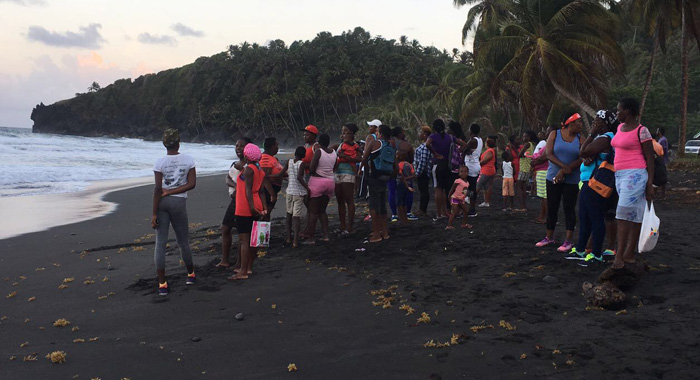 Onlookers after the drowning in Mt Young on Thursday.

Police are investigating the circumstances of two separate incidents of drowning, which occurred on Thursday: one on mainland St. Vincent and the other in Union Island.

Denzel Rogers, a 16-year-old fifth form student of the North Union Secondary School, drowned after being caught in a rip current at Mt. Young, Black Point about 4:50 p.m. on April 6th, 2017.

Rogers was in the company of some relatives at the time of the incident. Attempts were made to push Rogers out of the water, but he was eventually pulled under by the waves.

The body of the deceased has not yet been recovered.

Attempts were made to resuscitate her using CPR. She was later pronounced dead.

The deceased was vacationing from France with her husband.