River defence to be built in Buccament, Campden Park 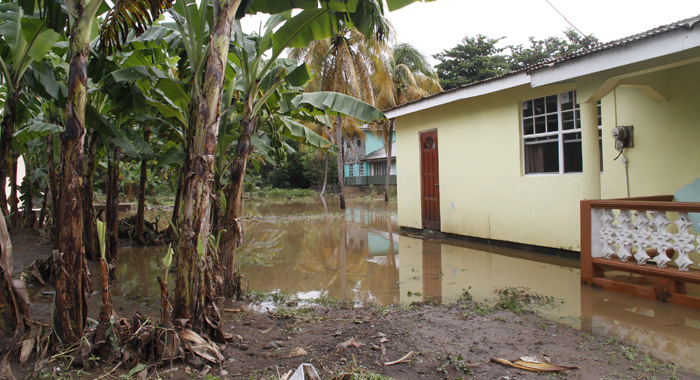 Over the past few years, the coast community in Central Leeward had been plagued by flash flooding that residents have blamed on river defences on the eastern bank of the river, where Buccament Bay Resort is located.

During last Thursday’s meeting of Parliament, Member of Parliament for South Leeward, Nigel “Nature” Stephenson asked Francis to say when river defence will be constructed in the Buccament River, York River, and the tributary with deferred junction which flows through Campden Park and ends in the bay at ECGC.

In asking the question, Stephenson said that recent weather systems have caused many rivers to flood, resulting in the destruction of infrastructure and property throughout South Leeward.

Francis said there is an allocation of EC$1.5 million from local loans for river defences in the 2017 fiscal year.

The funds are primarily to construct river defences to the Buccament Village extending from the playing field toward the coastline, the minister said.

“In addition to the river defence solution, it is essential to upgrade the internal drainage system within the village to channel the storm waters safely to the sea.”

Francis said that design for these activities are in process and it is intended to have these works approved and tendered by the third quarter of 2017, with work commencing by September 2017.

He, however, said there is no budgeted defence project specifically for the York River.

However, 50 metres of river defences would be constructed as part of the works in progress on the reconstruction of the Campden Park Community Centre, the minister said.

He further said there is no project slated for the Campden Park tributary.