‘You can’t have positive news in a negative country’ 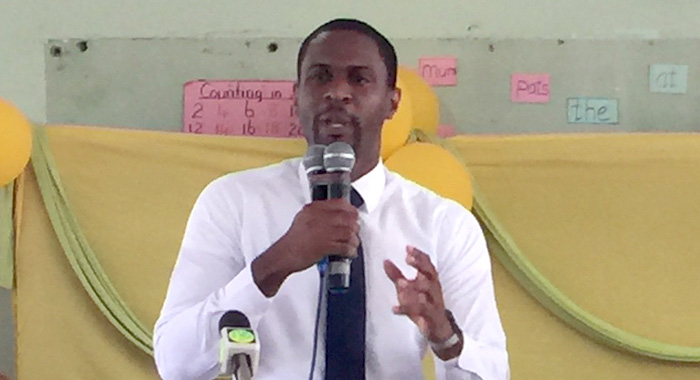 A young lawyer says that Vincentians should be allowed to express their opinions without fear of losing their job and that journalists should not be criticised for reporting the truth.

Jemalie John expressed the view as he delivered the feature address at the convention of the youth arm of the opposition New Democratic Party (NDP) on Sunday.

“I believe we should be able to ask questions, and express their concerns — even our dissent — without losing our job,” John told the Young Democrats’ convention in Langley Park, Georgetown.

“I expect that our leaders will believe in integrity, transparency and accountability — especially when they are raising taxes every year,” he further said.

“You can’t raise taxes every year and pretend that accountability is a bad thing; we should not be begging for information that they should willingly provide.

“And I don’t expect people to criticise our journalists for reporting the facts — not opinions, the facts as they are. Too many of us are looking for a scapegoat, so we can beat up on the journalists because we don’t have the courage to place the criticism where it rightfully belongs.
“You can’t have positive news in a negative country. If you want positive news, then do positive things,” John said.

He told the gathering that he had accepted reluctantly the invitation to address the political rally, adding that some persons had asked him if he knew what he was getting into.

He said he considers his society and asks himself a simple question:

“What’s missing? What do we stand most in need of? I want all of you to start thinking about that question.”

He told the Young Demz that when they can answer that question honestly, they will begin to discern what their purpose should be.

“I do not believe that there is a single Vincentian, regardless of his/her political affiliation who can say honestly that they are satisfied with where we are today as a people. To express content is to express a poverty of ambition,” John said.

He said the greatest want of the world is “men who will not be bought or sold; men who in their inmost souls are true and honest; men who do not fear to call sin by its right name; men whose conscience is as true to duty as the needle to the pole; men who will stand for the right though the heavens fall”.

He urged the young people to trust that “the world is not so much in need of great minds as of good men, men who are a blessing in their homes”.

John said that the nation is quickly losing its way.

“… I believe that what is missing from our society is decent people… We cannot continue to glorify appearance over substance, celebrity over character or pursue short term gains over lasting achievement,” adding that the nation’s youth must be the ones who will chart a new course.

He implored the young people to be devoted to some bigger purpose instead of the narrow pursuit of popularity or self-advancement.

“Let us not lose sight of what’s really important, so that we don’t compromise on our values, our principles and our commitments.

What we need then, is a return to first principles — back to the basics,” John said.