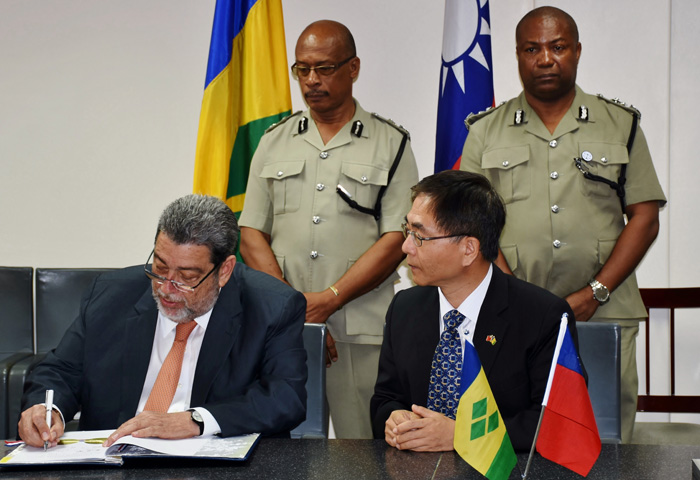 Baushuan Ger, ambassador of Taiwan to St. Vincent and the Grenadines, joined by acting Commissioner of Police, Renold Hadaway, and acting Deputy Commissioner, Colin John, witnessed the signing by Gonsalves, who signed in his capacity as Prime Minister and Minister of National Security, at Cabinet Room on that day.

Under the agreements, which came into effect on the day of signing, St. Vincent and the Grenadines and Taiwan agree to combat transnational crimes through the exchange of information, cooperation of investigation, and promotion of capacity building.

The two bilateral agreements, respectively “Agreement on Police Cooperation” and “Agreement Concerning Cooperation in Immigration Affairs and Human Trafficking Prevention”, were signed earlier in Taiwan by Dr. Jiunn-rong Yeh, Minister of the Interior of the Republic of China (Taiwan), whose portfolio covers that country’s National Police Agency as well as its Immigration Agency.