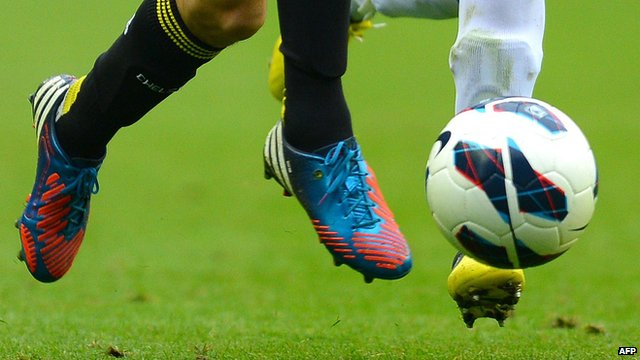 Two decades since the disappearance of the initial attempt at franchise football in the Caribbean, a group of regional businessmen and some football enthusiasts are making another go at reactivating professional football in the region.

The event, known as the Islands Cup Open — a professional football tournament organised by Caribbean Football Trust Limited (CFTL) — will kick off in July.

The organisers say the inaugural season, which kicks off June 6 to 16,, will be one of promotion. The competition will get going in earnest in 2018 with eight franchises battling for championships honours in two groups.

The initial programme will see five franchises: Combine Islands, Trinbago Oilers, Barbados Challengers, Suriname Gladiators and the Jamaica Ruffnecks doing the dry-run in preparation for the commencement of real competition the following year.

Organisers of the CFTL’s newly established Islands Cup Open will operate for a three-month season/schedule from mid-June through to end-August (a 12-week competitive schedule), to include three different knock-out championship cups and cash prizes.

They say the competitive season shall consist of scheduled doubleheaders four days per week: Thursday, Fridays, Saturdays and Sundays.

Based on plans and projections, organisers are hoping that within five years of operations they would be able to see an expansion to 12 franchises.

Trinidad’s Chris Anderson, who is confident of the future of the event, is piloting the Islands Cup Open tournament.

“Once again I am humbled by the outpouring of support from the various heads of government, corporations, regional tourism departments, players, coaches and volunteers for this islands cup open tournament project. A full-time commitment my company, Caribbean Football Trust Ltd. (CFTL), its staff and I have embarked upon some four years ago with several years beyond that of research efforts in the region. Finally, we have reached this point of no return in an effort to make this venture a reality,” Anderson said.

These salaries will be payable for the first three (3) years mid-May to mid-August.

In 1992 the Caribbean Professional Football League (CPFL) was established to introduce professional football in the Caribbean by setting up a multi-national league. The teams entering were franchises set up by regional businessmen, but reports say the league suffered from financial and organisational problems.

In October 1994, the league was renamed Caribbean Major League Football but, after problems with finances, the 1995 league was cancelled after a number of postponements and the tournament was not revived.

Hairoun Lions, a club owned by football coach Lenny Taylor, who is now the overall Technical Director of the CFTL, represented St. Vincent and the Grenadines then.

This time around, SVG will part of the Combined Islands franchise and local businessman and football enthusiast Michael John, who is s board member of (CFTL), believes that the project has the potential to change the face of the sport in the Caribbean and offer opportunities to local players.

“It is a huge event. This will give Vincentian footballers a great opportunity to earn some income, as they will be paid handsomely. It will also be an opportunity for them to play football at a very high standard.”

While the Combine Islands is primarily for players in the Windward Islands, John said this does not preclude Vincentian players from being contracted by other franchises.

He said that the expectations for such a tournament are huge and a great deal of planning has been done to make it a success but even so it still requires a lot of work to achieve the objectives.

A host of big-name footballers has been identified as players or coaches. Among them are the former Dutch striker Clarence Seedorf, John Barnes of England, the former Soca Warriors midfield maestro Russell Latapy and Everald “Gally” Cummings the former Strike Squad head coach.

And Vincentians could see life and in living colour some of the names they only previously saw on television with reports that former Brazil world cup winners Rivaldo and Ronaldinho, as well as former France Chelsea striker Florent Malouda, have been identified as marquee players/managers.

The Arnos Vale Sports Complex is among four venues to host matches in the inaugural event and will do so from July 16, all things being equal.

The other host venues are the Windsor Park Stadium in Dominica (July 6), the Andre Kamperveen Stadium in Suriname (July 9), as well as the Darren Sammy Stadium in St. Lucia (July 13).