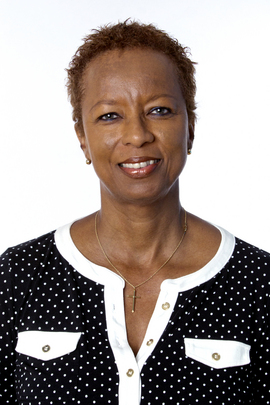 St. Vincent and the Grenadines has successfully piloted through the United Nations a resolution that has in the first official World Creativity and Innovation Day being observed on April 21, 2018.

The resolution, titled “World Creativity and Innovation Day”, was successfully tabled by the Permanent Mission of SVG to the United Nations and was adopted by the U.N. Generally Assembly.

The resolution called for the international recognition of April 21 as the day to highlight the role of creativity and innovation in problem-solving and, by extension, the implementation of the Sustainable Development Goals and ultimately achieving the future the world desires.

Permanent Representative of SVG to the United Nations, I. Rhonda King, said that beyond the obvious call for the recognition of the day internationally, the resolution also intends to initiate a discussion around the options available to countries, especially developing countries, in addressing the many issues that they grapple with in their quest for development.

She said that while developing countries are unfairly seen as too dependent on aid from developed countries, the application of creative thinking and the use of available technologies can provide solutions to some of their most pressing problems, such as poverty eradication, the elimination of hunger and job creation for example.

The pointed to the construction of the Argyle International Airport as a prime local example of the use of creativity in a large scale, macro infrastructural project that was otherwise and through “business as usual” methodologies seen as an insurmountable challenge.

The airport, which opened on Feb. 14 after six years of delay, was constructed at a cost of EC$700 million, almost twice the initial estimated cost, and with EC$400 million in loans to be repaid.

The adoption of this resolution will be followed by the launch of a website in the summer of this year that will be dedicated to the promotion of examples and best practices that highlight the use of creative thinking and technologies toward the achievement of sustainable development.