We have met the debt reduction enemy and he is us 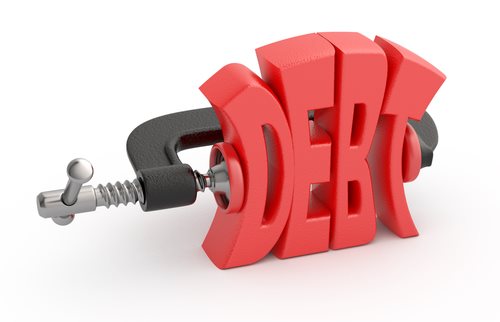 An elementary feature of the credible public policy analysis of economic development issues is the careful weighing of freely chosen local-level actions against those imposed by outside forces.

In his May 5, 2017 weekly syndicated column where he described the adverse effects of unsustainable debts in most Caribbean small states (“Debt strangling a Caribbean generation” — Sir Ronald Sanders, Antigua and Barbuda’s Ambassador to the United States and the Organisation of American States, paid scant attention to the internal reasons for these chronic and growing financial liabilities — listing only “poor policy choices by some governments” and the costs of recovering from nature disasters — instead placing nearly all the blame on uncontrollable external forces such as reductions in foreign aid, high interest rates on external loans, the near disappearance of trade preferences for local agricultural produce, and the effects of climate change.

One of Sir Ronald’s answers to high indebtedness is loan forgiveness, a practice that would only encourage even more profligate borrowing.

To be sure, the 12 countries listed with debt to gross domestic product (GDP) ratios over 60 per cent have been severely disadvantaged by the free-market and other effects of globalisation because of their small size and lack of internationally competitive exportable products. But such liabilities have not prevented other small, resource-poor islands, colonial dependencies, or tiny landlocked countries like Singapore, Taiwan, Hong Kong, Bermuda, Andorra, San Marino, Macau, Luxembourg, Lichtenstein, Monaco, the Seychelles, the Cayman Islands, and many others from holding their own or even thriving in an increasingly competitive, open trade world while facing all the adversities that other tiny enclaves seem to be incapable of overcoming.

This is in no small part due to the determination of such bold and innovative regimes to halt or reduce the effects of the internal policies and forces that Sir Ronald has downplayed or ignored: political corruption, cronyism, and mismanagement; wrongheaded policies and projects funded by reckless external borrowing and driven mainly by political expediency; low productivity in both the private and public sectors, principally linked to poor training, sloth, and ineptitude; exorbitant job- and growth-killing tax rates; and deliberate featherbedding in the bloated public sector.

No better example of some of these features is Sir Ronald’s own country during the notorious “Bird family-business” rule (1976-1994) followed by the Allen Stanford Ponzi scheme for which public officials have still not been held accountable. No wonder his country now has a debt level of 92 per cent of GDP.

In our homeland, St. Vincent and the Grenadines (SVG), there is no better example of the effects of inept or self-serving decision making by our political masters resulting in stagnant or sluggish economic growth and increased debts than the many flawed or failed projects enacted by Sir James F. Mitchell’s New Democratic Party regime (1984-2000).

These included the costly Ottley Hall shipyard and marina fiasco for which this former prime minister has never been held accountable; the ecologically destructive and economically failed Union Island marina whose damage will still take years to clean up; the white elephant Bequia airport named in his honour; the barely used cruise ship terminal in Kingstown, a facility that should have been built in Bequia instead; the financial complex monstrosity constructed on a precious seaside portion of Kingstown where it destroyed any prospect for the commercial development of the area; the traffic lights in Kingstown that only made road gridlock worse during their brief period of use; the useless Windward bus terminal which has only increased traffic congestion and air pollution; the alcohol, drug, and prostitution-centred Little Tokyo red light zone built alongside the bus terminal; and the hated central produce market, better known as “Mussolini’s Tomb,” an ugly concrete mausoleum shunned by vendors, shoppers, and tourists alike.

Except perhaps for the countless rum shops and “sketels” who ply their trade at Little Tokyo, the cumulative contribution of these projects to our most urgent development need — large-scale net job creation — has been negligible.

Equally wasteful projects such as the Argyle International Airport have been peddled to our easily beguiled population by the current Ralph E. Gonsalves regime.

Exacerbating such extravagant, vote-driven projects is low worker productivity, competence, and motivation in both the public and private sector, as repeatedly pointed out by the Honourable Prime Minister himself and recently by the Head of our Wages Council, Lloyd Small, in a press conference where he noted that, “… we only have four hours of productivity out of eight hours of work. It’s not good for the country.”

No wonder our debt to GDP ratio has skyrocketed to nearly 80 per cent since 2001.

The lesson to learn from these examples is the need to carefully and impartially assess the effects of macro-level external development constraints against micro-level internal limitations on growth.

Across the Caribbean, as far as financial liabilities are concerned, we could do no better than to paraphrase Pogo’s most memorable quote, “We have met the debt reduction enemy and he is us.”