Caribbean has ‘the most territories still under colonial overrule’ 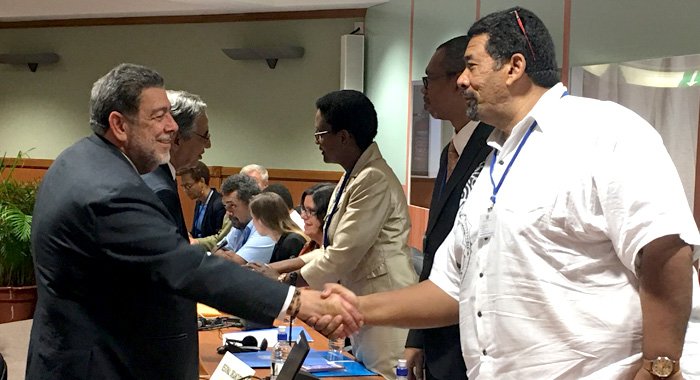 The United Nations Special Committee on Decolonisation began a three-day regional seminar in St. Vincent and the Grenadines on Tuesday, with host prime minister, Ralph Gonsalves, pointing to the region in support of the continued relevance of the committee.

Addressing the opening ceremony in Kingstown, Gonsalves said that he acknowledges the important role of the United Nations in the decolonisation process and thanked the international body for its continued interest and the work of the committee

“At the same time, we must not be too self-congratulatory because the record shows that after the independence of Namibia in the 1990s, only one country has become independent since then, and that is Timor-Leste,” Gonsalves said.

He said there are many, many countries across the world that are still living in a colonial condition.

“And the experience has been that in the midst of anti-colonial struggles, at some time, persons have to sit down and talk with one another and resolve this question of decolonisation.”

Referring to the Caribbean, Gonsalves said: “I think it is true to say that it is the region in the world with the most territories still under colonial overrule — in whatever form.”

Gonsalves said he does not have to list the particular territories, but said there are British, French, United States and Dutch colonies in the Caribbean.

“The French, of course, would not consider Martinique and Guadeloupe, for example, to be colonies. They see them as part of France. We know that’s always a definitional issue.”

Gonsalves, however, said it does not mean that all colonial peoples necessarily want to move to independence at this time.

“Because this committee has had to reflect on this on more than one occasion that a colonial mind is a peculiar construct.”

He said that very often the colonial minds, “for material and security reasons — depending on the nature of colonialism, have a preference for that political construct over them.

“And we must admit that some countries that have gone to independence, their institutions have not been those which have endeared themselves to their people who fought for independence.”

The prime minister said that all these things are realities.

Gonsalves said this is not a trivial matter, but an issue that speaks to the “rolling back, the overturning, the subversion of a condition called colonialism”.

He said that he knows that in this day and age, when the world [has] become so accustomed to a few lines on twitter explaining public policy and very generalised discourse in social media, that people tend to forget what colonialism has meant, what it means, and why the committee has such continuing relevance.

The special committee annually reviews the list of territories to which the declaration is applicable and makes recommendations as to its implementation.

The special committee annually makes recommendations concerning the dissemination of information to mobilise public opinion in support of the decolonisation process, and observes the Week of Solidarity with the Peoples of Non-Self-Governing Territories.

The seminar is being held under the theme “Future for decolonisation in the non-self governing territories. What are the prospects?”