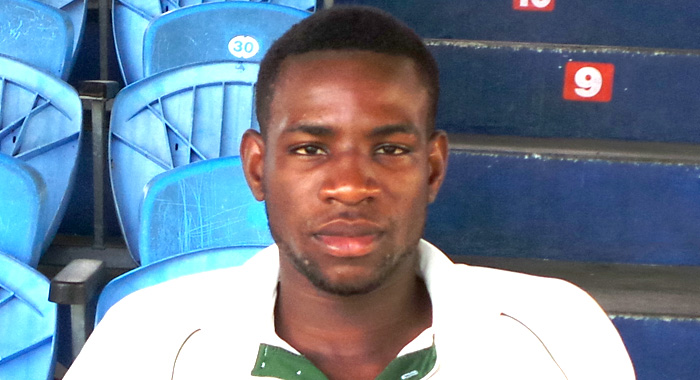 Police 2 finally got their assault battalion in motion much to the dismay of an ill-starred Carl Joseph Law Chambers ASCO unit, whom they brushed aside by an innings and 91 runs in their NLA National Premier Division match at the Sion Hill Playing Field last weekend.

ASCO’s humiliation was even the more excruciating as it was inflicted by two of their former members, Desron Maloney and Darius Martin, who are now part of constabulary.

Police 2, who had been hindered by the weather for the 2017 season, were in unhinged form, as after winning the toss, they racked up 258 in 45.3 overs with Maloney falling just short of a first ton for his new team.

The innings was built around Maloney, a tall languid right-handed opener, whose shots leaves the impression of a masseur in operation in a female parlour — so silky and effortless the picture conveyed at times.

Maloney, after being the bedrock of the innings, with a century lying unfrocked, exposed and waiting for him, fell a victim to temptation and holed out seeking a 6 — 9 short of his desire: 100.

His innings was embellished with 7 fours and sixes off 85 balls. Denbar (27) went towards the end as the lower order added important runs.

Carl Joseph Law Chambers ASCO, in reply, appeared to have been asked to bat in a minefield as they quickly found the spin of Denbar and the medium pace of Kenroy Martin a bit too much and were 6/6 in the first seven and a half overs with the batsmen efforts being, 0, 4, 2, 0, 0, 0. But with their lowest total of 18 a real possibility, they were rescued by a seventh wicket partnership between Durant Nero (35) and Kenvil Sam (32) as they took the total to74/6 before the latter went with Nero going 9 runs later and the inning ending not too long after at 98. Denbar 6/38, Martin 2/20 and Sylvan Spencer 2/23 shared the wickets.

Carl Joseph Law Chambers ASCO asked to follow on after being faced with a deficit of 160 did not muster much of a fight and in 19.4 overs were shot out for 69 on the back of an excellent spell of pace-bowling Darius Martin, who opened the bowling the second time around. Martin (6/15), known to his colleague and teammates as “Bread”, sliced through the ASCO batting with accuracy, good pace and some movement on a pitch which also was a bit up and down later on. Denbar 3/36 was once again among the wickets and ended with match figures of 9/74 as Police 2 completed victory just after tea on Sunday.