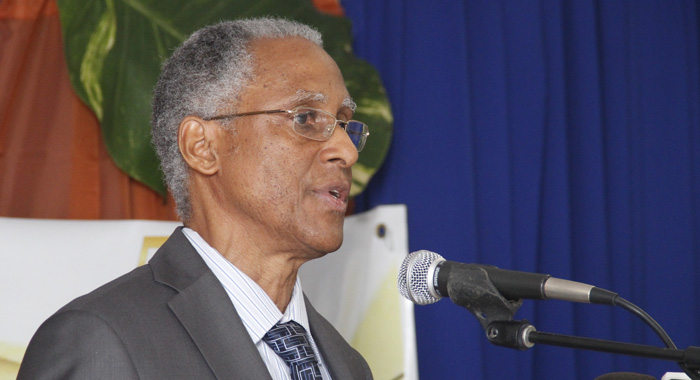 A judge with the Caribbean Court of Justice says that distrust of the regional body will continue as long as the London-based Privy Council continues to be the highest court in some regional jurisdictions.

Justice Adrian Saunders said, at a lecture in Kingstown last week, that he knows there isn’t always a high degree of trust and confidence always at the domestic level.

“That persists when the Privy Council is your highest court,” he said in a lecture entitled “The Treaty of Chaguaramas: Conflicts and Contradictions for the Island State”.

The lecture is part of the “Issues in International Affairs Lecture Series” organised by the University of the West Indies Open Campus in Kingstown, the Eastern Caribbean Supreme Court and Legalease SVG Inc.

“I don’t know how the CCJ has become embroiled in that deficiency, because that is a deficiency that originated, that subsists while the Privy Council is your highest court,” Saunders said.

The judge said he always finds it very strange that someone would point to that lack of trust and confidence and somehow extrapolate from it that the CCJ is somehow “part of it, embroiled in it, responsible for it.

“It lacks a certain amount of logic to me, because we are not your highest court and, therefore, I don’t see how we could assume any level of responsibility for that deficiency,” he said as he continued his response to a question during an interactive session.

The judge said that one of the roles of a final court is to interface with the courts below in order to enhance trust and confidence in the system as a whole.

“The Judicial Committee of the Privy Council is incapable of fulfilling that role. That court operates — I don’t want to use disparaging term, but almost as a post office box. You get your appeal from the Caribbean, you put it in the box, they deal with it and you get back the result.”

Saunders said the Privy Council does not operate in the way in which finals courts operate with their lower tiers.

Saunders said this is not the full range of services that a final court ought to perform.

He said if what the questioner says is true that there is lack of confidence in the domestic system, continuing with the Privy Council does not give much opportunities for the court that is supposed to be at the apex to be able to assist in dealing with that malaise.

“On the contrary, if you have a final court that is in the region, then it is better able to interface with the domestic systems in order to engage with that issue.

“So, frankly, I am not very convinced that the CCJ should be either blamed or assume some responsibility for anything that is happening in the domestic court structure,” Saunders said