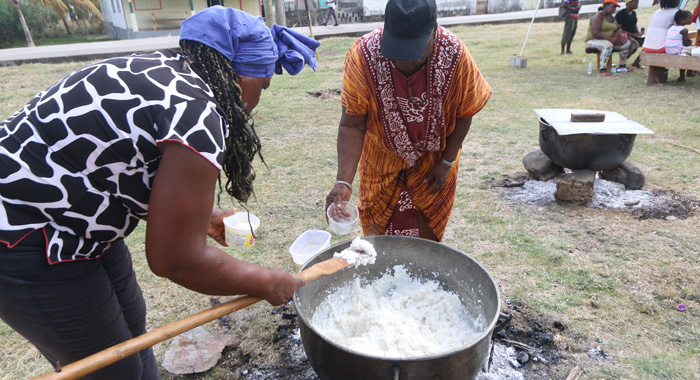 The annual Union Island Maroon Festival was held this year on May 8 and 11 in the villages of Clifton and Ashton.

Both events were coordinated by the Roots Connection Culture Club, with support from the recently established Union Island Cultural Committee.

The Union Island Cultural Committee is working towards the upkeep of cultural events on Union Island.

The group received much-needed support from Palm Island Resort for the 2017 Maroon Festival.

The Maroon celebrations began with a sacrifice that was held very early in the morning followed by the cooking of traditional food such as wangoo, peas, rolled rice, chicken. The food was distributed to the elderly, school children as well as other persons in the community.

In the evening, drumming and singing as well as traditional dances filled the air, there was much enthusiasm exhibited by the drummers, the dancers, and the audience.

The Union Island Cultural Committee thanked all those who were involved in the planning and execution of the tasks to make the Maroon events a success.