Is Air Canada also a ‘huge game-changer’ for AIA? 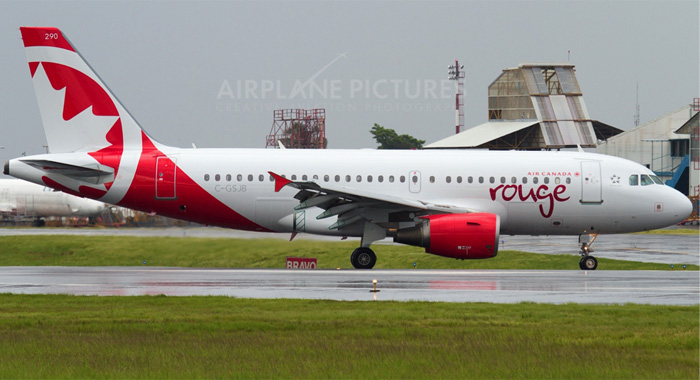 “It’s always been about access and direct flights. This airport is a huge game-changer for us,” he [Glen Beache, CEO, St. Vincent and the Grenadines Tourism Authority] said. Airlines including Air Canada, WestJet and Sunwing are still top choices for direct routes once the airport opens. And “nothing is going to happen without Toronto. Toronto is one of the big three gateways for us”

The May 3, 2017 announcement by Air Canada that it will be flying from Toronto to Argyle International Airport (AIA) on St. Vincent Island (SVI) beginning mid-December 2017, the first overseas airline to offer non-stop regularly scheduled international service to the country, has been greeted with much jubilation, at least judging from comments on social media:

“This is truly history in the making. St. Vincent is on the international map when it comes to International flights. No more waiting in the other islands for us. WOW!” — Gabriel Neverson

“This is wonderful news to hear. My family asked me when am I returning home for a visit. I told them I will wait until the Argyle airport is complete and Air Canada flights begin. So now I have no more excuses.” — Carson Gibson

“Shot Comrade. Brilliant. What a coup. You gotta be the toughest son of a bulletproof bitch I know. All of them bullets you still standing and landing planes, too.
Son[former Prime Minister Sir James F. Mitchell] said that you are a tough nut to crack. Well he wrong. Dead wrong. You are simply not crackable. As they say, “you don’t stand down.” — Patrick Ferrari

Before cracking open a celebratory bottle of champagne and terming this service and AIA “a huge game-changer for us,” this announcement must be grounded in their proper context, namely, the likely impact on our hospitality industry.

The first thing to note is that this is a limited service, for a limited period, on limited seating planes, out of a limited destination: one flight per week for 17 weeks between December 14, 2017 and April 12, 2018, departing only from Toronto, carrying just 136 passengers on an Airbus 319-100 plane, the smallest aircraft in Air Canada’s fleet capable of flying nonstop from Toronto to SVI.

This computes to a maximum of 2,312 passengers landing at AIA during this limited period.

This single midweek flight would also have to compete with daily flights to and from Toronto during the same annual tropical vacation season, including high demand weekends, on much larger aircraft connecting through Barbados or Trinidad.

Given all these limitations, there is no reason to suspect that all but a handful of potential passengers, Carson Gibson, for example, would be discouraged from travelling to SVI were this new service unavailable.

Moreover, assuming a highly optimistic 90 per cent occupancy level on these flights, if the same proportion of future Air Canada arrivals as those who formerly landed at the now mothballed E. T. Joshua airport — a figure I have estimated at 33 per cent (see essay number 33 below) — are bona fide tourists booked to stay at one of our mainland hotels, guest houses, apartments, villas, or other rental accommodation this translates into a mere 694 additional foreign holiday visitors, a dismal figure indeed since such travellers are exactly the type of visitors AIA was built to attract.

It is also reasonable to assume that no more than half of these 694 guests would be flying to SVI during this period because of the new nonstop service. After all, as hundreds of years of travel history shows, tourists flock to destinations mainly because of their attractions, not because of the ease of access. Still, even a figure of 50 per cent additional tourist passengers flocking to SVI merely because they would not have to transit through Barbados or other hubs would translate into no more than 350 passengers spread over four months, or less than five per cent of the estimated 7,200 extra-Caribbean holiday guests who landed at E. T. Joshua Airport in 2016 (see essay 49), a painful reminder that AIA was built to accommodate 1.5 million passengers per year and up to 1,000 per hour at peak times.

More important for its financial impact on our economy is the certainty that our government would have been compelled to provide Air Canada with all manner of monetary concessions to induce the airline to service an unknown and unproven international destination. The nature of these incentives and their impact on the overall profitability of our tourism industry and the new airport’s debt level (EC$400 million) and annual operating costs (EC$20 million) has not been revealed.

For those who would claim that, “We have to start somewhere and this regularly scheduled flight is as good a start as any,” my reply would be, “Why do we nearly always fall down near the start of our mainland development projects (such as the quickly aborted revival of sugar production during the Cato regime; the short stint of tobacco growing during the late 1970s and early 1980s; the many Campden Park offshore manufacturing companies which fled around the same time after their tax concessions ended; several aborted attempts to revive arrowroot production around that time and later; the short lived Diamond dairy; several short-term call centre ventures; the notorious Ottley Hall Marina and Shipyard scam; the equally dodgy Buccament Bay Hotel and Resort fiasco; and countless small-scale local ventures that quickly bankrupted their owners)?”

As for airfare prices, the cheapest Air Canada nonstop one-way fare, Toronto-St. Vincent, on Dec. 21, for a single traveller, as posted on May 23, 2017, is equivalent to EC$1,826. On the same date, the cheapest fare to neighbouring Barbados from Toronto is equivalent to EC$1,439. Since many, if not most, holiday passengers are more concerned with securing the lowest fare to the most attractive destination rather than the most convenient connection to a less desirable locale, this 21 per cent disparity is very worrying.

So is the fact that the Dec. 21 Barbados flight — during the peak of the Christmas tropical travel season — on a Boeing 767-300 aircraft with 289 seats was already 35 per cent booked as of May 26 while the SVI flight on an Airbus A319 airplane with 136 seats was only 22 per cent occupied.

Finally, and most critically, why would many more tourists find this new service so attractive when our mainland contains so few attractive holiday delights compared to neighbouring islands (including our very own enchanting Grenadines) and other tropical destinations around the world, as many of my essays have shown?

I contend that our low mass tourism appeal is why this nonstop Air Canada service plus the indirect Caribbean Airlines flights to AIA from New York and Miami, sometimes involving a 16-hour layover in Trinidad (see essay 51), is all the air traffic that Sir Vincent’s wonder boy, Glen Beache, has been able to attract since courting countless international carriers beginning in 2010, if not earlier.

The Air Canada figures also show that the June 2014 claim by Cecil McKie, our Minister of Tourism, that, “… where we welcomed just over (a few) visitors by air each year now [at the Arnos Vale airport], we expect that those numbers will triple in the next two years [from some 50,000 to around 150,000 thousand] once the international airport is opened,” is preposterous.

As I have said before, “If you build it, they will come” certainly does not apply to our hospitality industry.

This is the 54th in a series of essays on the AIA folly. My other AIA essays are listed below: