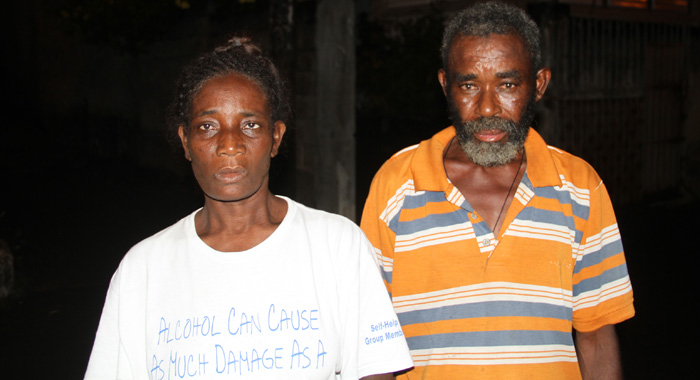 A 31-year-old resident of Barrouallie has been missing at sea since Friday and is feared dead after the kayak on which he went to dispose of pilot whale (“black fish”) oil was seen floating in the water with no one on board.

The man is Denniston Reece, better known as “Rusty”.

Lieutenant Commander Deon Henry of the Coast Guard told iWitness News on Monday that the Barrouallie Police Station notified the Coast Guard on Friday evening of someone reported as missing at sea.

Henry said that the Coast Guard conducted surface and underwater searches between Friday and Sunday but has not found the man.

He said that when someone drowns, the body usually floats after three days underwater.

The missing man’s parents, Herbert Stephen and Wyverine Reece — who do not live together, spoke to iWitness News separately in Barrouallie Monday night.

They both said that they believe that their son, who suffered from epileptic seizures triggered by alcohol, fell off the kayak and died.

They said they understand that Reece went to dispose of black fish oil sometime after 4 p.m.

“He gone already. Wha’ me go do?” the father told iWitness News outside a dilapidated two-storey house where he and his son lived on separate floors.

Stephen said that after three days, he is convinced that the youngest of his three children had died.

He told iWitness News that persons involved in the black fish trade would often leave the oil to settle and scoop off the oil then dispose of the dregs out at sea. He said they would also throw away black fish oil if it is not sold after a certain period of time.

Meanwhile, Reece’s mother, told iWitness News that she was in Kingstown around 6 p.m. when her daughter called one of her (Ms Reece’s) friends with the news that she had been trying to reach her mother to tell her of the development.

Ms Reece said that when she got to Middle Bay, where the harbour is located, she met a lot of people there.

Reece said she was told that her son went to throw away black fish oil for a Samuel Hazelwood, one of the whalers in the community, where the hunting of pilot whale is a decades-old tradition that is a vital part of the town’s economy.

Reece said Hazelwood told her that he had asked her son to dispose of the oil sometime before Friday and after he didn’t do so, he wasn’t thinking any longer about the man disposing of the oil.

The mother cited Hazelwood as saying that he was sad and surprised by the development.

She said a woman told her that she was on the wharf and Reece came and spoke to her then went out to sea on the kayak.

The mother said that the woman said that after a while she noticed that she was seeing the kayak but not Reece.

After noticing that Reece had not resurfaced after some moments, the woman went to notify police in the Central Leeward town, who summoned the Coast Guard.

“I feel very bad, because he is my son. He was miserable, but he was good. He wasn’t lazy. Anybody call him to do anything, he was quick enough to go and help.”

She said that her son would cuss people when he was drunk.

The mother further told iWitness News that her son would, at times, have epileptic seizures when he consumed alcohol.

Reports reaching her are that he had had two such seizures on Friday before he went out to sea on the kayak.

“So I believe is that he tek in with fits out there again and he drop off,” the woman told iWitness News, Adding that she believes that her son died.

She said she would be happy if his body is found.

This development in Barrouallie came five days after a speedboat carrying six persons from Canouan to Mustique disappeared after one of the occupants sent out a distress call saying that the boat was taking in water.

Coast Guard was notified of that distress call one hour after it was received. The search between June 3, the day of the incident, and last Saturday, June 10, when the search was suspended, turned up empty.