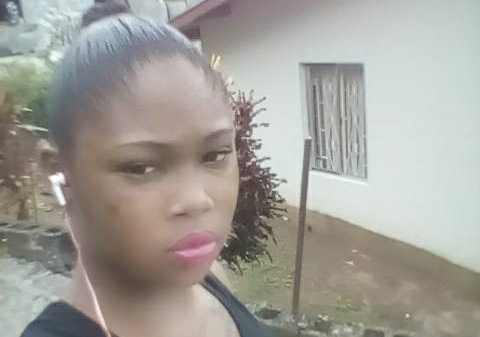 Denika Samuel is in hospital after being shot in the neck Tuesday night. (Photo: Facebook)

Police are questioning a suspect in connection with the shooting of a woman at West Side Bar in Kingstown during a karaoke event Tuesday night.

The Police Public Relations Department did not comment on the name, age, or sex of the person, saying only on Wednesday, “An individual is being held in connection with the shooting and is currently assisting Police with their investigation.”

Police have identified the injured woman as Denika Samuel, a 19-year-old resident of Ottley Hall.

They said that she received a bullet to her neck and is being treated at the Milton Cato Memorial Hospital (MCMH).

“Police further learned that the woman was involved in an altercation, which resulted in her being shot,” the statement said.

Samuel is the second Ottley Hall woman to be shot this year.

On April 12, Shemeal Bowens, a 34-year-old mother of five children, died on the scene after being shot by unknown assailants in the West Kingstown community.