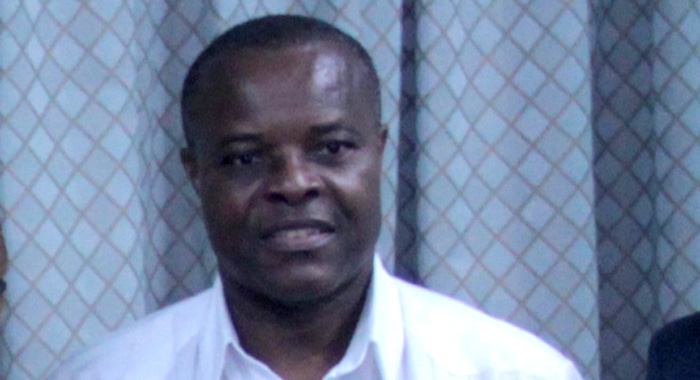 The St. Vincent and the Grenadines Ambassador to Venezuela will be provided with the “appropriate level of security” after a message was sprayed on the walls of his residence, accusing the Vincentian embassy in Caracas of being “complicit with the dictatorship”.

Prime Minister Ralph Gonsalves made the announcement in Parliament late Tuesday night, and condemned the act, noting the inviolability of the person and residence of ambassadors.

Gonsalves told lawmakers that Minister of Foreign Affairs, Sir Louis Straker, and later, Kingstown’s envoy to Caracas, Ambassador Andreas Wickham, had informed him of the development, which took place on Friday.

Wickham’s wife, Yvette Wickham, is Minister Counselor at the SVG embassy in Venezuela.

“And on Friday evening when he went home, he saw and it was reported to him that at a wall to the rear of the residence, written in Spanish the words translated in English ‘Embassy complicit with the dictatorship’ — a graffiti in bold red,” Gonsalves told Parliament shortly before the suspension at 9 p.m. Tuesday.

“The person who works in the house as a helper indicated that a little earlier in that day, some persons went by, banging on the rails and shouting.”

The prime minister said that the ambassador — who, like his wife was trained in Cuba and is fluent in Spanish — contacted the Venezuelan authorities and subsequently wrote to them.

“Because clearly, this act is contrary to the Vienna Convention for the protection of diplomats and their premises,” Gonsalves said.

The prime minister sought to link the development to the position that his government has taken amidst the ongoing crisis in Venezuela, where demonstrations over the last month aimed at forcing President Nicolas Maduro out of office have resulted in several deaths.

“Clearly, there are some persons who are — they are opposed to the stance of the Government of St. Vincent and the Grenadines in taking a lead within CARICOM to defend the principle of the sovereignty and independence of a state and the principle of non-interference and non-intervention in a country’s international affairs,” Gonsalves said.

He said that the ambassador has indicated that he is not intimidated and that he knows that “such threatening conduct will not cause St. Vincent and the Grenadines to abandon their highly principled position.

“Indeed, if anything, it fortifies us in our stance, that we are doing the correct thing. I am hopeful that those in Venezuela who have some influence over those who would want to deface the perimeter, the compound of the residence of our ambassador or to do things which are threatening, would desist, would urge that the inviolability of our premises be respected, in accordance with the Vienna Convention,” Gonsalves said.

“And the government of Venezuela is taking the matter very seriously and, of course, they will provide the appropriate level of security for our ambassador,” Gonsalves said.