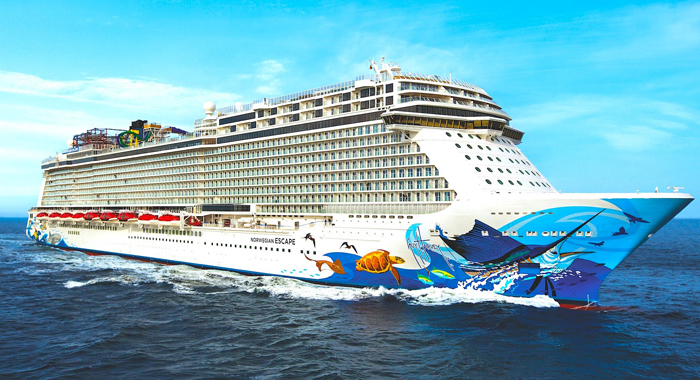 The drug was found on board the Norwegian Escape cruise ship. (Internet photo)

Two Vincentian cruise ship workers, along with a national of St. Lucia, have been charged with drug trafficking in Belize.

The Vincentians are Renaldo Kerron Roberts and Derson Frank, 30.

The men, who are employed by Norwegian Cruise Line, were charged after a drug fine on board one of the cruise line’s ship, which was docked in Belize on June 13.

Police in the English-speaking Central American country say that on June 13 about 8:45 a.m., Placencia Police were called to Norwegian Escape cruise ship that was docked at Harvest Caye.

Security officers reported that they found suspected drugs in a cabin on the ship occupied by Frank.

Police say Frank was escorted to his cabin, where a search conducted by police revealed two packages containing controlled drugs.

During the investigation, it was revealed that Roberts and Celise were allegedly involved.

The three men have been charged jointly with two counts of drug trafficking and have been remanded to KOLBE Prison.