Audit office starved of resources; no report prepared for 6 years 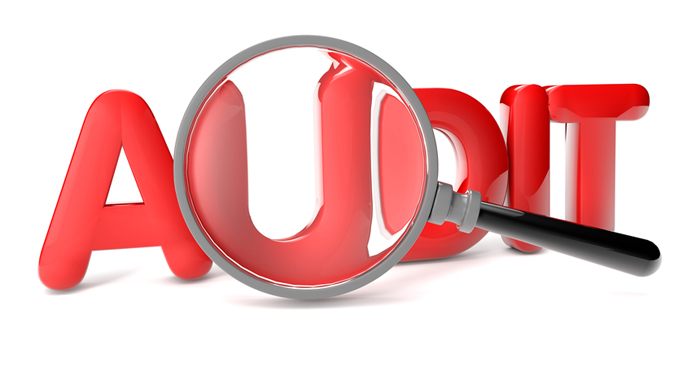 The office of the Director of Audit is not being provided with the resources needed to audit the accounts of the government, in keeping with the constitution of St. Vincent and the Grenadines, a situation that Leader of the Opposition, Godwin Friday on Wednesday described as “unacceptable”.

Friday told a press conference in Kingstown on Wednesday that, as chairman of the Public Accounts Committee (PAC), he met on June 23 with Director of Audit Dahalia Sealey and her deputy, Joan Browne at the Audit Office.

Former chair of the PAC, Arnhim Eustace, who is Member of Parliament for East Kingstown, also attended the meeting.

Friday said that at the meeting, he expressed “deep concern that the annual audit and report of the Director of Audit on the Public Accounts of St.Vincent and the Grenadines are several years overdue.

“I noted that the Director of Audit is required to audit and report on the public accounts of Saint Vincent and the Grenadines at least once every year. But that the most recent reports prepared by the Director of Audit and laid in Parliament were for the years 2009 and 2010. No reports for the years 2011, 2012, 2013, 2014, 2015 and 2016 have been prepared and presented to Parliament.”

“The Director said that for years, she has been asking for resources — mainly training for personnel — to enable her to audit statutory bodies, which is part of her mandate. The Director of Audit indicated that for years she has not received the needed resources and consequently has not been able to perform her duty to audit and report on statutory bodies,” Friday said.

“This is simply unacceptable!  I call on the government and, in particular, the Prime Minister and Minister of Finance to provide the resources to the Director of Audit to perform her duties.”

He said there are other entities that must be given attention for audits by the Director of Audit, including National Properties.

“If the Director of Audit cannot yet complete the audit and report of the account of the government for 2011 to 2016 or audit statutory bodies because it lacks the necessary resources, how can it fulfill its role?  Starving the Director of Audit of trained personnel and other resources undermines governmental accountability,” said Friday, who has upped the ante on his party’s calls for accountability in the use of public funds.

“The failure to remedy the situation after many years of pleading for resources by the Director of Audit leads to only one conclusion: that is, the government does not care about accountability.  This leads inescapably to the question: are they hiding something and if so, what are they hiding?”

In terms of political efforts to get the government to provide the Director of Audit with the requisite resources, Friday noted that call he made at Wednesday’s press conference.

He said it is not the first time that the issue has surfaced, adding that the Estimates going back several years have referred to the directorate of audit needing trained personnel and [to] the lack of resources affecting its work.

“It kind of surprises me that the statutory body, which is mentioned in the Constitution as being the requirement, being core functions, as she regarded it, of the Director of Audit, are not being audited and because they don’t have the resources.

“Essentially, what they produce is not fulfilling her mandate. And there is no indication that that situation will be remedied anytime soon because the demand for more resources, for more trained personnel simply has not been met.”

Friday said that another challenge is that in the department, where there are 30-something persons working, persons can be transferred in and out by the Public Service Commission as part of the public service.

Asked if he thinks that the directorate of audit was being intentionally starved of resources, Friday said: “Well, it is being done and if you have a problem that is brought to you by an independent office to say, ‘Listen, I have a conditional responsibility, I am not able to fulfill it’ and nothing is done for years and years and years, you will have to draw your own conclusions.

“The person who is responsible for doing so or the office or the minister simply doesn’t give it the level of importance that it requires.”

Friday said that in other democratic societies in the region, the reports of the Director of Audit or the equivalent office are looked forward to every year.

“Because they are very independent, they look at things that hold the government accountable. In some places, there are prosecutions coming out of the report of the Director of Audit,” he said.

The situation in St. Vincent and the Grenadines exists notwithstanding the Unity Labour Party administration’s boast about making the officer of the Director of Audit more independent by voting monies for its operations, thereby eliminating the need for the director to approach the Minister of Finance for monies to fund audits of the nation’s embassies and consulates overseas.

One reply on “Audit office starved of resources; no report prepared for 6 years ”