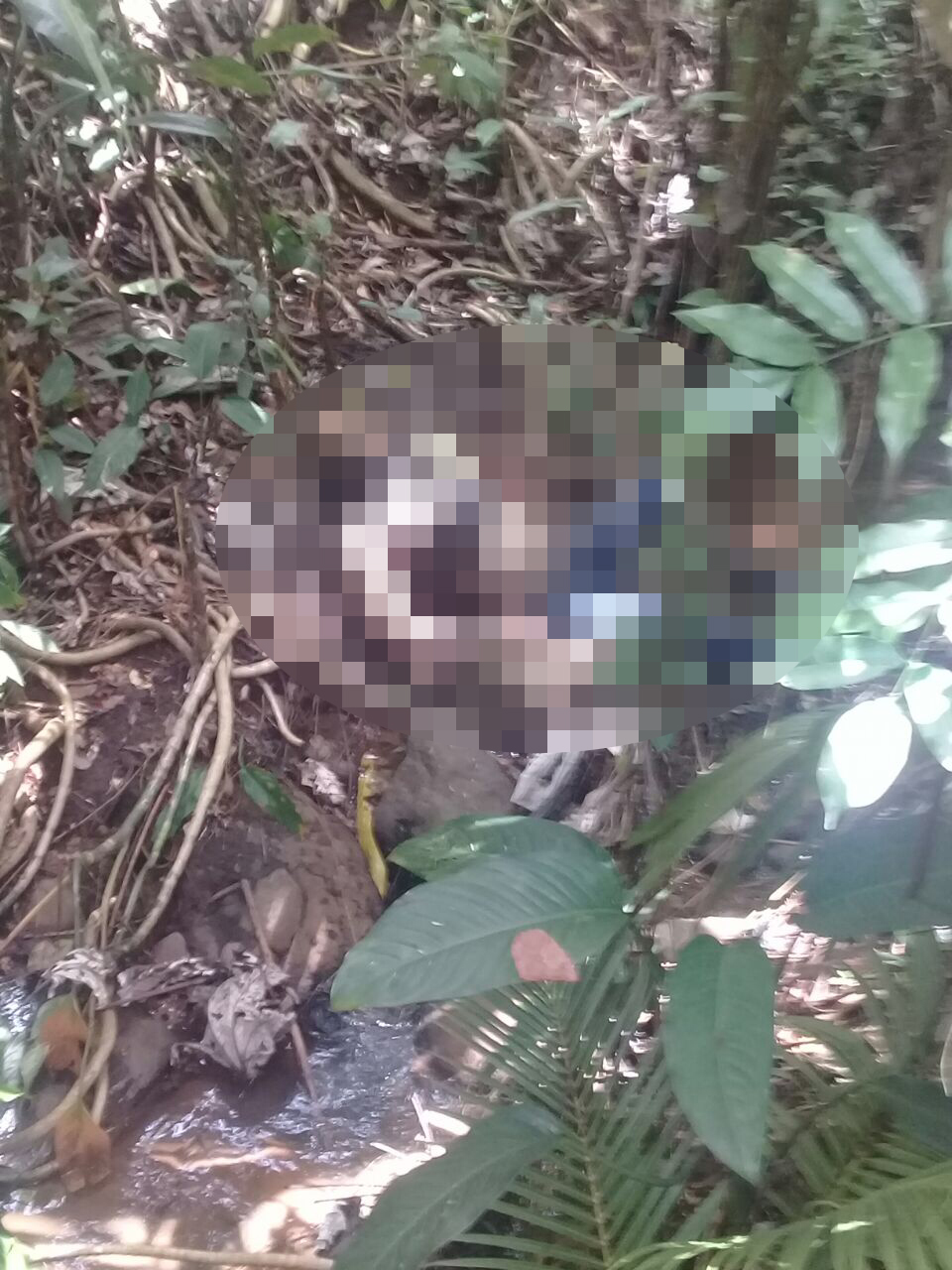 The scene in Yambou where the body was found.

Police are investigating the discovery of a decomposing body, which was found in Yambou, Marriaqua sometime around 1 p.m. Sunday.

A farmer in the interior community found the body.

A person who saw the body told iWitness News that the face is decayed beyond recognition.

The source said that the body, however, appears to be that of a male.

The source further said that the condition of the bushes in the area suggests that the body had been dragged there.

The body was found in a wooded area next to a small stream.

The source said it was lying partially on the bank of the stream.

The discovery of the body comes one day after three persons were shot and killed in two separate incidents in St. Vincent, placing a cloud over celebrations of the 40th anniversary of Vincy Mas as summer festival.