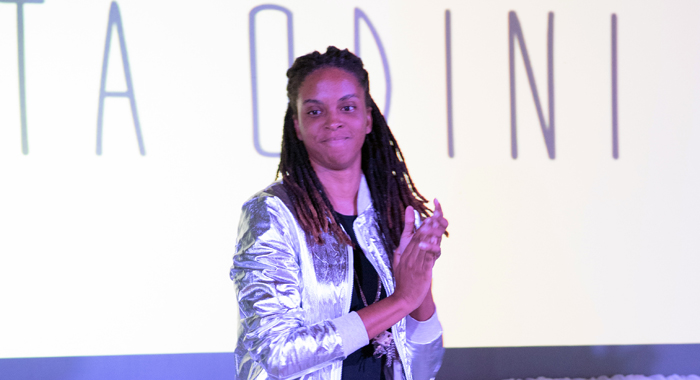 Vincentian designer Peta Odini Sutherland was bestowed with the Award of Excellence- Fashion Innovation at the 2017 Caribbean Style and Culture Awards and Fashion Showcase for her contribution to the Caribbean fashion Industry.

Sutherland was among 12 designers and models from nations across the Caribbean, including Suriname, British Virgin Islands, Jamaica, Guyana and Trinidad and Tobago who were honoured at the Caribbean Style and Culture Showcase.

The event was organized by Karib Nation Inc. and held on June 17 in Maryland, United States.

The Caribbean Style and Culture Awards and Fashion Showcase is hosted annually in June in honour of Caribbean-American Heritage Month. The event incorporates several events over the course of one week, including a Fashion, Champagne and Culture Pre-Show hosted at the Guyana Embassy, Washington DC. At that event, several diplomats were in attendance including St. Vincent & the Grenadines’ Ambassador to the United States, Lou-Anne Gaylene Gilchrist.

Sutherland is well-known for her signature menswear clothing line which she showcased at this year’s event before a crowd of over 300 persons from the Caribbean diaspora.