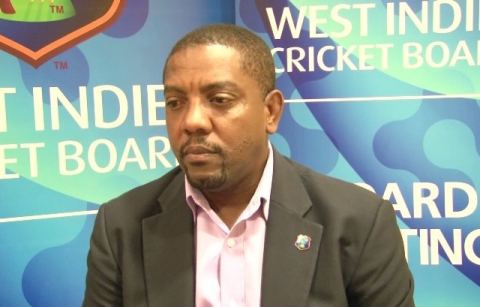 Still smarting from the ignominy of having to miss the 2017 ICC Champions Trophy, the all-powerful Cricket West Indies (CWI) president, Dave Cameron, has been forced to climb me down from his high horse and eat “humble pie”.

Cameron, who mocked and engaged in attempts to humiliate the regional cricket stars with his comments and tweets over the last few years, has now been forced to go tongue out and on bended knees to the very players to have them return to the fold to help the regional team qualify for the 2019 World Cup.

Cameron and his directors, faced with the imminent humiliation of seeing the team missing out on the upcoming World Cup, have offered what is being seen as a “temporary amnesty” to the players who do not fit their selection criteria, in order to have them available to play ODIs.

This “cap in hand”, “tongue in cheek” overture could see the return of established players such as Chris Gayle, Dwayne Bravo, Kieron Pollard, Sunil Narine, Samuel Badree in time for next month’s scheduled tour of England.

Cricket West Indies, as the regional board is now called, has had a stringent policy of picking only those players who are active in the domestic one-day tournament for 50-over internationals. However, with the stark possibility that the two-time winners of the title (1975 & 1979) could be forced to look on from the stands, as happened with the Champion Trophy, CWI has moved from saddle to belly.

Reports say that the decision was taken in conjunction with the West Indies Players Association (WIPA) as all parties join forces in a last ditch effort to avoid successive regional heart breaks.

On Sept. 30, the top-eight ranked teams as per the ICC will gain automatic qualification to the next World Cup. CWI chief executive, Johnny Grave, admitted to the possibility that West Indies –ranked ninth, 10 points below their closest rival — might not make the cut. Should that be the case, West Indies will then have to go through a 10-team qualifying tournament and unless they end up in the top two, they won’t make the showpiece event in England in 2019.

“We recognise that it is highly unlikely that we will now automatically qualify for the 2019 World Cup, so whilst the qualifying tournament has yet to be confirmed by ICC, we may only have eight ODIs against England and New Zealand in the next six months to prepare,” Grave said. “It is crucial that we can have our best-performing Windies players available for selection in these important games.”

Grave also indicated that the CWI’s cricket committee was due to present their findings on player eligibility criteria by the end of July. These recommendations will then be put forward at the board of directors meeting in September. But in the meantime, “all CWI registered players will be available for selection,” the press release said.

Additionally, CWI is compiling a list of all male and female and age-group players in the system. “This will show commitment on the part of the players to be available for the format/s of the game they wish to play; a commitment to participate in the regional set-up and to honour the system to be in place by then,” Cameron said. “We must be able to identify the full slate and categories of players we have in the West Indies.”

The West Indies’ tough regulations were introduced in the 1990’s to force players to make themselves available for the regional competition as against taking up lucrative contracts outside of the region.

The most notable case was that of star opener Desmond Haynes who despite missing one match out of five was over looked.

The opener who was 39 at the time was not considered to face Australia — a series the West Indies lost — after he opted to play for Western Province instead of touring India with the West Indies and then returned home from South Africa too late to play in all five Red Stripe Cup matches. The WICBC had ruled he should play in those domestic games to be eligible for the Australian series. Haynes returned two days late after asking for “exceptional circumstances” to be taken into account. The WICBC refused his request.

Haynes later sued the board for loss of earnings.

A few years later, the WICB slackened the rule to accommodate Barbadian all-rounder Vasbert Drakes who had played both in England and South Africa, while ignoring regional cricket.

However, with complaints from sponsors of regional cricket regarding the absence of the established players in the competition the WICB re-walked its steps of progress and reactivated the rules. But with looming disaster and with thoughts of pushing the ICC to offer West Indies a “wild card” to the tournament — as floated by former captain Clive Lloyd, based on the star pull of the readmitted players and the team’s past record, CWI appears to be scrambling to do a high dive into a fast emptying pool.