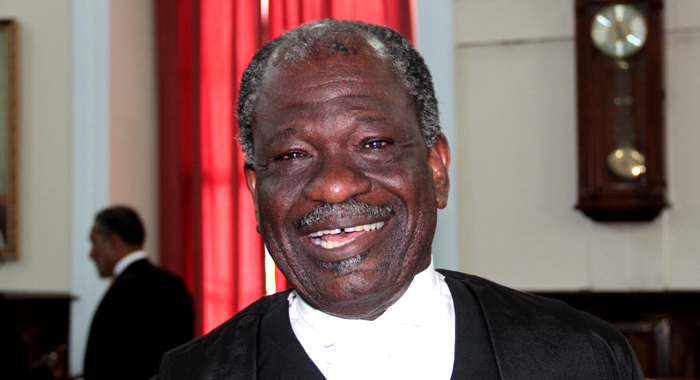 The chambers of lead counsel in the election petitions, Stanley “Stalky” John, were burglarised sometime between Wednesday evening and Thursday morning, and computer, internet, and security equipment stolen.

John told iWitness News on Thursday that the firm would be able to better comment on the full extent of the losses after the assessment is completed.

He said that he had spoken briefly to two detectives who were dispatched to investigate the crime.

It was the second time that the chambers were being burglarised since it located to78 Halifax Street, Kingstown since 1987, John said.

The first burglary was in the 1990s, John told iWitness News, adding that in response to that crime, burglar bars and security equipment were installed at the chambers.

John said he could not think of any reason why his chambers would be the target for such a crime and refused to speculate about whether he thinks it was a random or targeted burglary.

John is the lead counsel for the opposition New Democratic Party in the two election petitions it has filed challenging the results of the Dec. 9, 2015 general elections.

He had already secured major victories for the petitioners in the case.

In March, he convinced the Court of Appeal that Justice Brian Cottle showed apparent bias in his High Court decision of June 2016 to dismiss the petitions as improperly filed.

When the matters re-opened for hearing in front Justice Esco Henry in May, John’s legal team successful argued in court that the petitions were valid and should proceed to hearing.

In the latest move, he has filed an application asking the court to grant the petitioners permission to inspect the ballot boxes.

This application will be heard in the new law year, which begins in September.

The Unity Labour Party secured a fourth consecutive term in office by winning eight of the 15 seats in the December 2015 vote.

The remaining seven seats went to the NDP in a repeat of the 2010 election results.

One reply on “Chambers of lead counsel in election petitions burglarised”