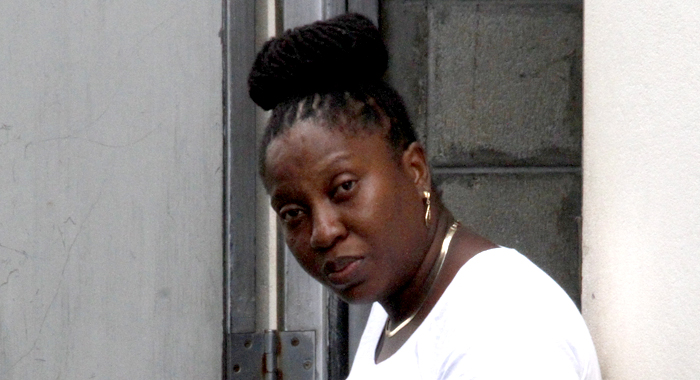 Afranka Hackshaw-Graham stands outside the Serious Offences Court on Wednesday after being granted bail. (iWN Photo)

The ex-wife of a popular radio personality and political activist has been charged with stealing thousands of dollars from her employers.

Afranka Hackshaw-Graham was brought before the Serious Offences Court in Kingstown on Wednesday, charged that between May 8 and 13, 2017 at Bequia, she stole EC$15,699.37 from Unicomer, owners of Courts department store.

The South Rivers woman, who now lives in Bequia, pleaded not guilty to the charge when Chief Magistrate Rechanne Browne-Matthias put it to her.

She was granted EC$20,000 bail with one surety and was ordered to report to the Port Elizabeth Police Station in Bequia on Mondays between 6 a.m. and 6 p.m.

Hackshaw-Graham was also ordered to surrender her travel documents and was ordered not to leave the country without the expressed permission of the court.

The court has also ordered that notices be placed at ports of entry and exit in St. Vincent and the Grenadines, barring her from leaving the country.

She is the ex-wife of Colin “Hitman” Graham, a DJ with Hot 97 FM and activist on behalf of the main opposition New Democratic Party.