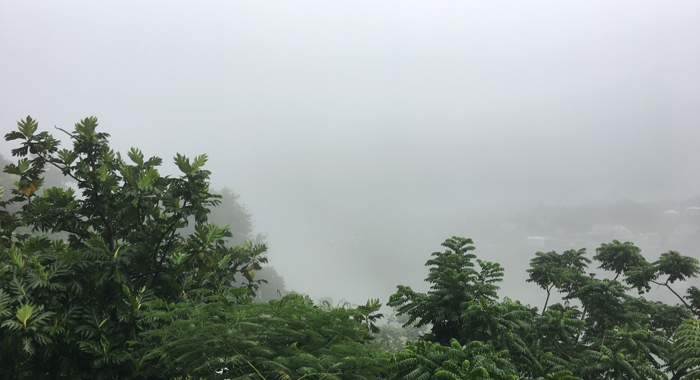 Forecasters said Wednesday that a trough system interacting with the Inter-Tropical Convergence Zone (ITCZ) is expected to produce light to moderate showers, periods of rain and possible isolated thunderstorms across St. Vincent and the Grenadines during the next 24 hours.

“Residents and motorist living mainly in the Grenadines are advised to exercise caution,” the SVG Met Services said in its 6 a.m. weather bulletin.

The forecast, at that time, was partly cloudy to cloudy and hazy with some showers, periods of rain and possible isolated thunderstorms.

The temperature is forecast to be 28.2 degree, with relative humidity of 80 per cent.

Winds will be from the east at 24 kilometres per hour.

Winds at sea will be from the east to east-northeast at 35km/h.

Forecasters also announced that they are monitoring a tropical wave with associated low-pressure area in the eastern Atlantic Ocean which is producing disorganised showers and thunderstorms.

There is a 90 per cent chance that a tropical depression could form within the next few days.

The system is expected to move generally west to north-westward at 15 to 20 mph, forecasters say.