Worst roads to be repaired under EC$13m programme 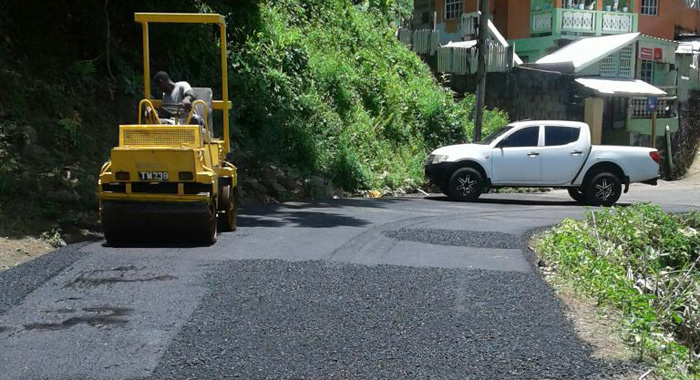 The government has begun an EC$13.7 million road repair programme which is expected to see the five worst pieces of road in each constituency repaired in the initial phases.

Minister of Works, Sen. Julian Francis said on Monday that this is in addition to EC$1.4 million that has been allocated to the Bridges Road and General Service Authority (BRAGSA), for the repair of schools across the country.

BRAGSA, a state agency, is expected to continue on Wednesday to pay workers who cleaned roads under the recently executed EC$2.5 million road cleaning programme.

Francis told a BRAGSA press conference that the agency has received the initial instalment of EC$3.4 million for the road repairs and expects a further EC$2.4 million at the end of this month and some more at the end of September.

The amount includes an EC$5.4 million grant from the Taiwan government.

EC$8.3 million of the monies for the road repairs will come from the central government.

Francis said that the bush cutting part of the road cleaning programme has been completed, but some the drains are yet to be cleared.

He said that 391 “gangs” (teams), composed of 10 persons each and 500 individual “jobbers” worked under the programme.

The road supervisor will identify a specific area that each jobber must clean and these jobbers are paid between EC$250 and EC$300 each.

The road cleaning programme gave temporary employment to about 4,387 persons the minister said.

“I know a lot of persons scoff at programmes like this but we have to keep the road clear and in the peak of the rainy season there is no better time to do an initial clearing, because that is when the grass gets higher.”

The gangs were sent out for eight days.

Francis noted that on May 1, valued added tax was increased by 1 percentage point as a levy for disaster response, but further pointed out that the minimum wage was also increased on that day.

“And this is the first work programme of BRAGSA that falls under the increased minimum wage. So that it took more money to put out the same amount of persons for the same number of days.”

He said the wages of members of the road cleaning teams moved from EC$36 to EC$42 per day.

Francis assured residents that drains that are heavily clogged and are yet to be cleaned, will be cleared.