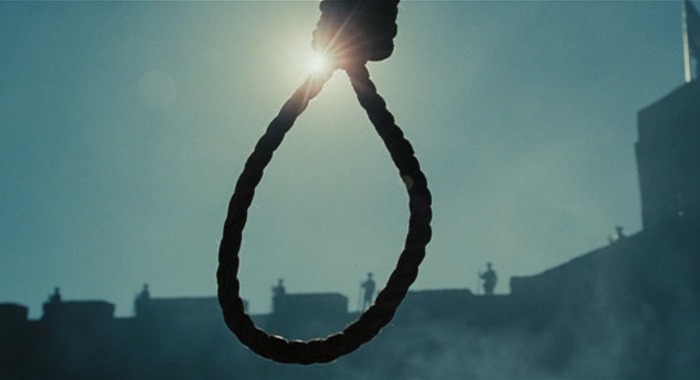 What use is capital punishment if murderers are never caught? (Internet photo)

In response to the recent spate of killings, some persons in St. Vincent and the Grenadines have called for the death penalty as a deterrent.

The death penalty remains on the books in St. Vincent and the Grenadines but has not been used for more than 20 years.

But Leader of the Opposition Godwin Friday noted at a press conference on Thursday that before someone can be executed for a killing, they must first be convicted.

Friday, a lawyer, further noted that a punishment is only a deterrent to the extent that someone feels that they might be apprehended for a crime.

He told the press conference that when he attended law school he did a course in sentencing, in which the professor outlined that the certainty of apprehension is a greater deterrent than the severity of the penalty.

“So if you say you are going to get 20 years for something and you know that the chance of ever being caught is very small, it doesn’t deter very many people. They call that a barking dog, an empty threat, so to speak,” Friday said.

He spoke of an article published in July in which commentator Rolin Stapleton produced a list of unsolved homicides in St. Vincent and the Grenadines since 2005.

“It is a long list for a country as small as ours of murders that are unsolved. And that is just the worst cases of crime in our country. What about praedial larceny, burglaries, the breaking of yachts and so on, where people just get fed up and leave because there is no real attention being paid with the urgency that is necessary to apprehend the perpetrators?” Friday said.

“… if you don’t have the enforcement necessary, then the laws on the books are just there as window dressing. And we have many laws in St. Vincent and the Grenadines like that. … in this matter, where it comes to public safety and security, that is so fundamental that you really can’t allow a situation to develop where people feel unsafe, where you have to be battened down in your homes and where you feel that St. Vincent and the Grenadines is slipping out of control,” Friday said.

He said that when such a situation develops, it affects the economy and many of the nation’s youth leave because they think it is better to try their luck elsewhere.

“Comparatively speaking, you look at what’s happening in the rest of the OECS (Organisation of Eastern Caribbean States) countries. We have a higher murder rate than in St. Lucia. St. Lucia has a population of 180-something thousand persons. In 2016, I think they had 30 murders. We had 40. Our population is 110,000 persons.

“It is a situation that requires intervention. It can be remedied. It can be improved but it can only happen if we acknowledge there is a problem. We can’t put our head in the sand and pretend that it doesn’t exist,” Friday said.

He said he would prefer to have Christian Council coming out and saying that the crime situation is an urgent matter and invite the opposition to help call attention to it.

“… because I know when we speak about it, people dismiss it as being partisan, trying to score political points. But when your home is vandalised, when your loved one is injured, it doesn’t matter what your political stripe is. It happens and you want the police to intervene,” he said.