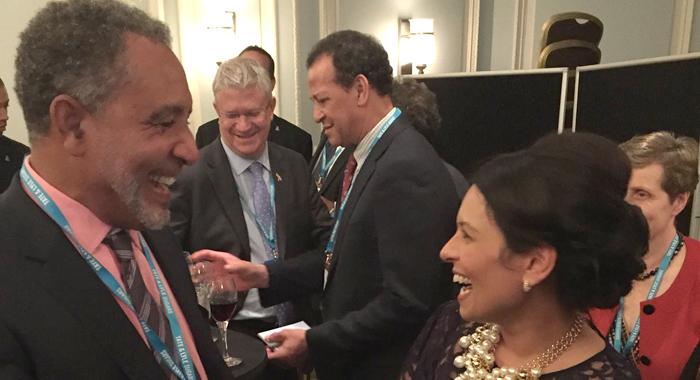 Leader of the Opposition and President of the New Democratic Party, Godwin Friday attended the Conservative Party Conference in Manchester, United Kingdom, held Oct. 1 to 4.

The NDP said in a Facebook post that Friday joined other members from the Caribbean Democrat Union (CDU) and other international delegates from Latin America, Europe, Asia and Africa who also attended the annual event, held under the theme, “Building a Country That Works for Everyone.”

Friday participated in several panel discussions in the international lounge of the conference centre on democracy support, gender equality, Brexit and international trade, the NDP said.

In his discussions, Friday highlighted several issues of concern such as disaster relief and possible repatriation, opportunities for trade in a post-Brexit environment, and areas for growth and investment in small island developing states.

He returned to St. Vincent on Oct. 5.